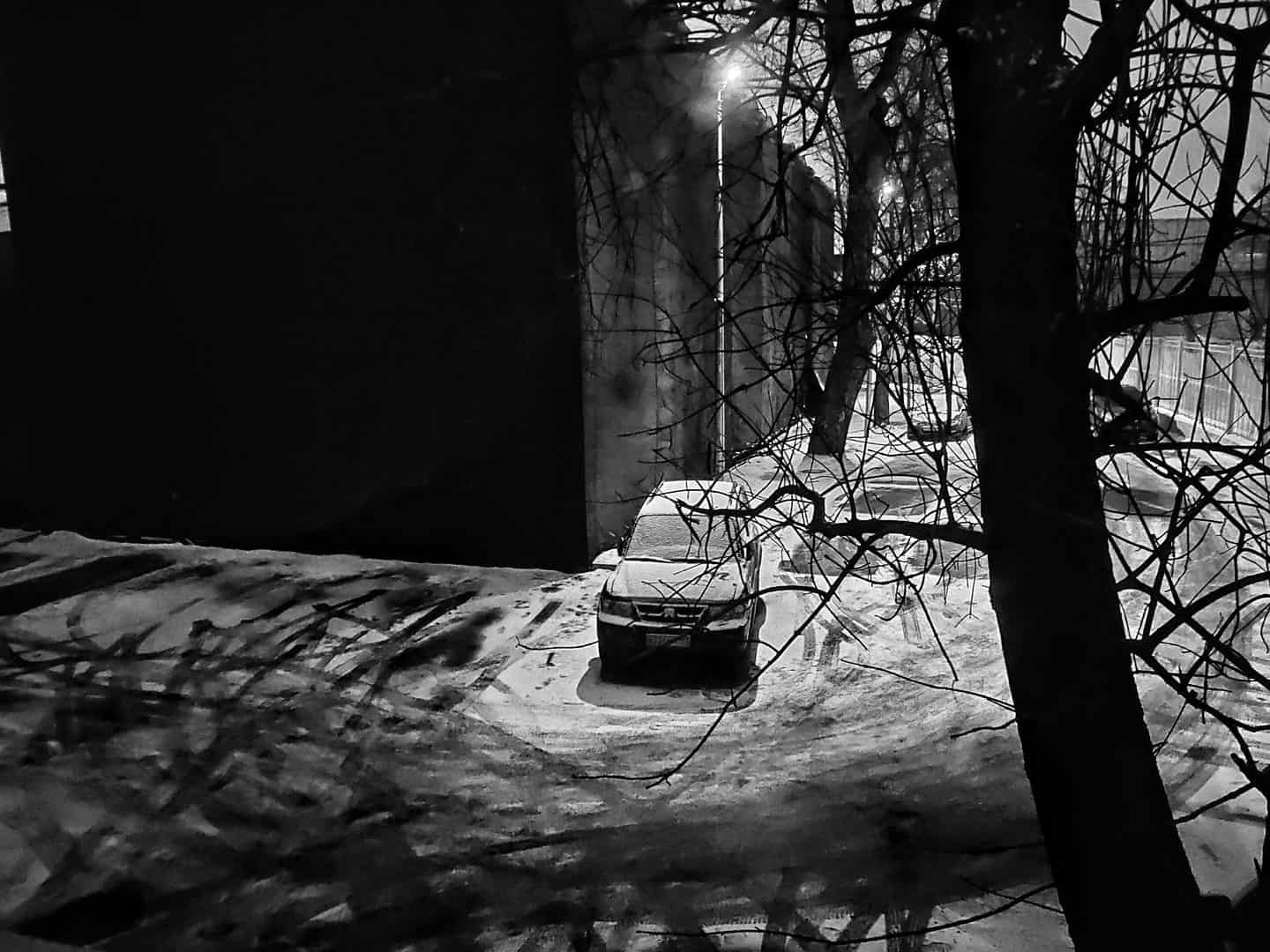 Russia photoblog travel – I’ve spent about two weeks in Russia on February 2020; unfortunately for me it has been an atypical winter this year, not so cold and it has only snowed a little. I visited Moscow (passing) and certain cities of the golden ring as Jaroslavl’ (the biggest one), Rostov Velikij, Pereslavl’ and Sergiev Posad. I spent last four days of the trip in the wonderful St. Peterburgh, but without snow and ice, only with rainy and cloudy days.  My first intentions were to make some street photography with snow but also to take pictures of snowy landscapes. As I said before unfortunately the weather was really bad with me, it was mostly cloudy, I’ve seen only a colorful and beautiful sunset in about two weeks and that evening I haven’t the tripod with me (stupid choice!!!). So I was a bit frustrated by these bad conditions but the places I visited looked awesome to me and I’ve made interesting street shots and also few potential nice long exposures of cityscape and landscape.

Essentially i’m happy for the whole travel, it was a great experience full of great moments and memories, I’ve visited a country that I had never seen before. As usual I’ll make some blog posts to tell my journey but using only photos taken with my smartphone (as I made for Venice in November). Probably I’ll edit and post-process photos taken with my cameras in several months. This is a personal and reasoned choice due to time, wish and mostly “to let marinate in my mind pictures“; i want try to “forget” the emotion of taking photos to become more objective with my work. This is essential to me, this is my currently work of flow and I’m happy with it.

So let’s begin with the first part of this journey in Russia. Hope you’ll enjoy it.

I was immediately in the mood of taking photographs. I left Rome in the morning, I reach airport by train but I used my phone to take nice shots during the little trip. It was early morning, about 07:00 o’clock AM, the wagon was full in interesting photographic ideas. Let’s see some shots. 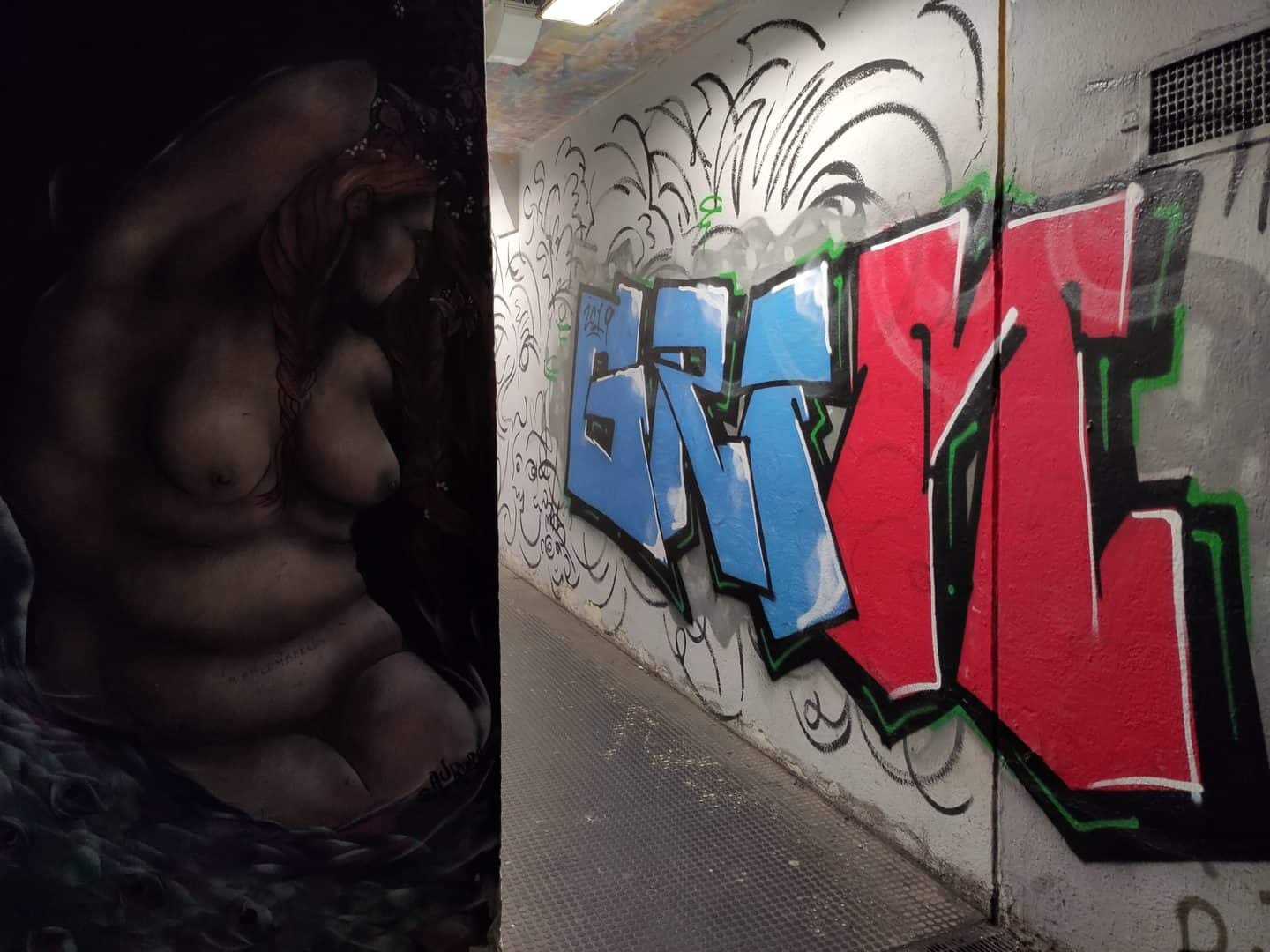 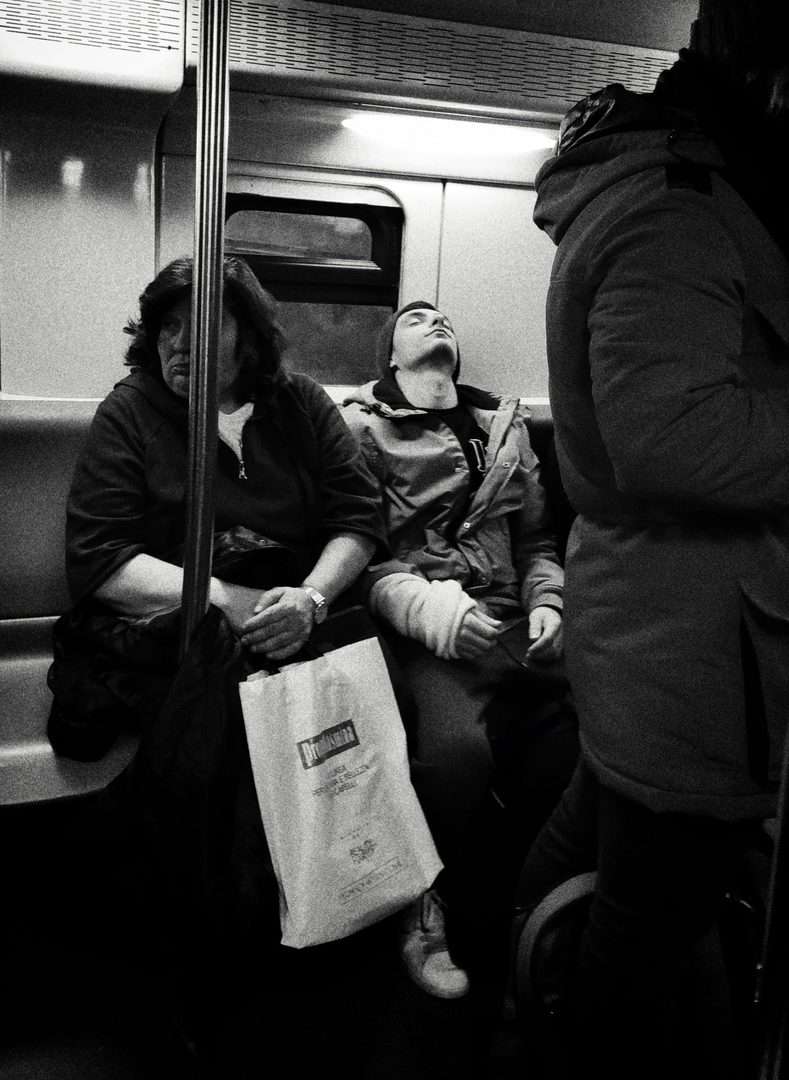 A funny version of the previous shot. 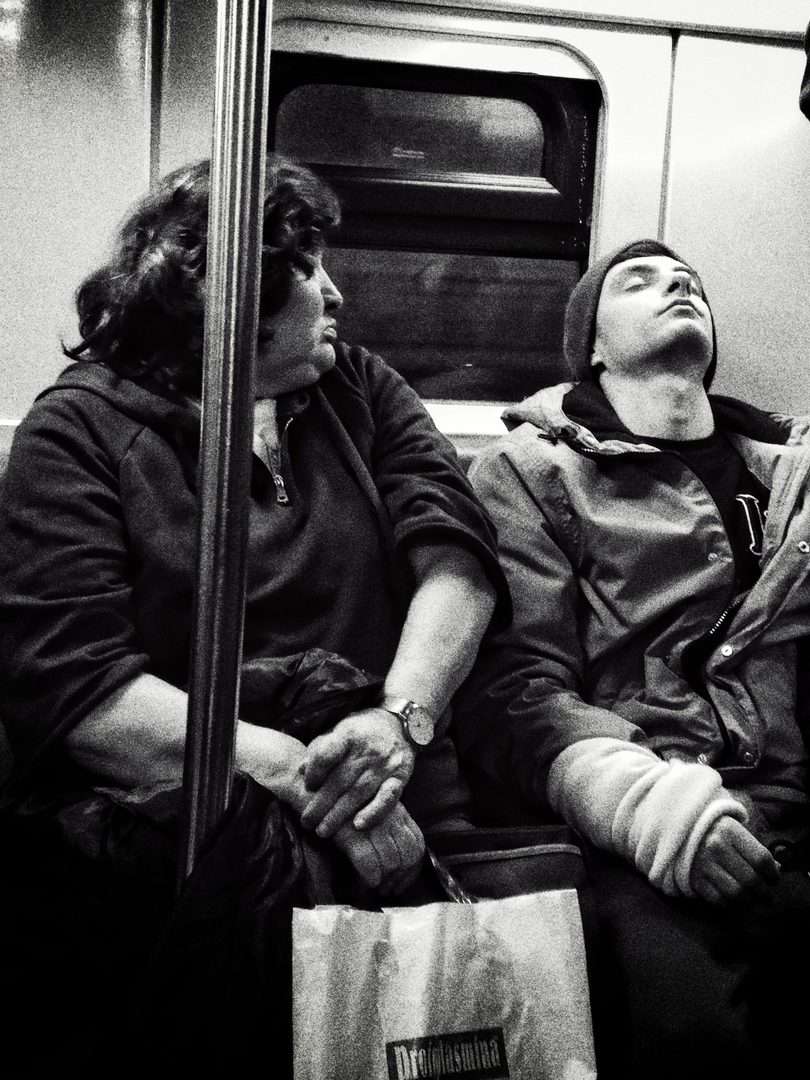 I was sitting next to a really big man. It was so mysterious and scary at the same time so I decided to take some hidden shots, I tried to reproduce a surreal aspect in the following photos. 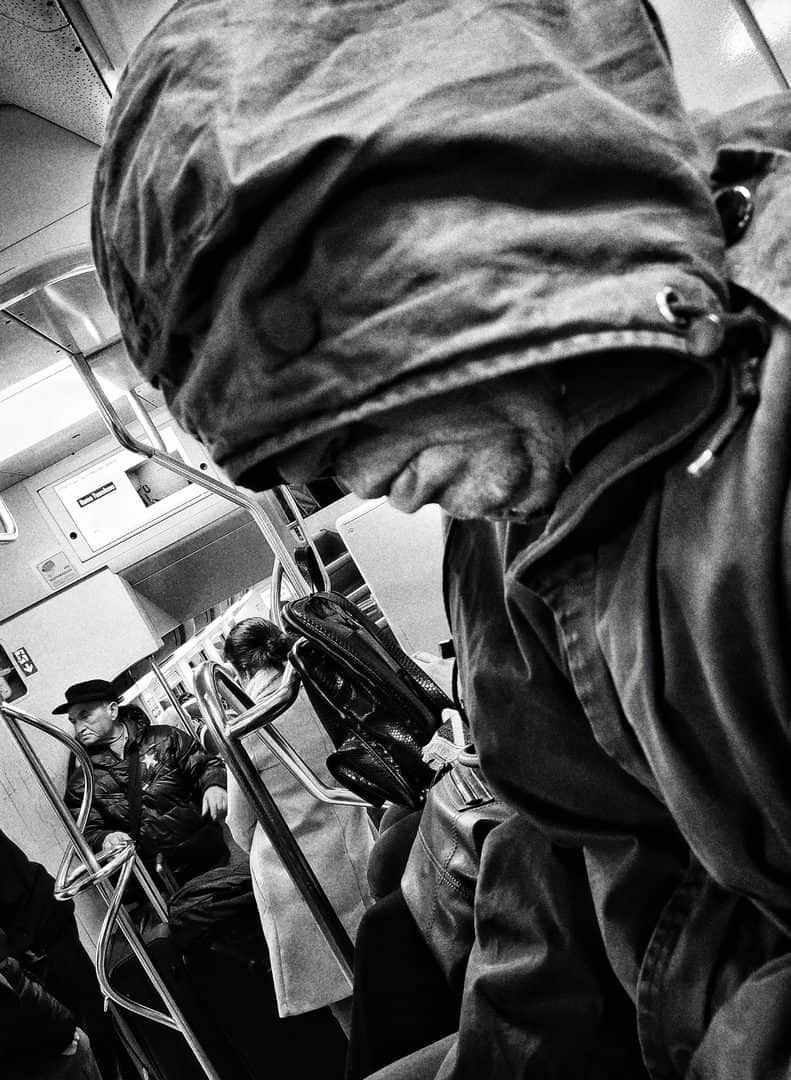 Look at the awesome earring he dressed. It was an interesting face to photograph but I was scared to ask him for a candid portrait in that moment, he doesn’t look so friendly… 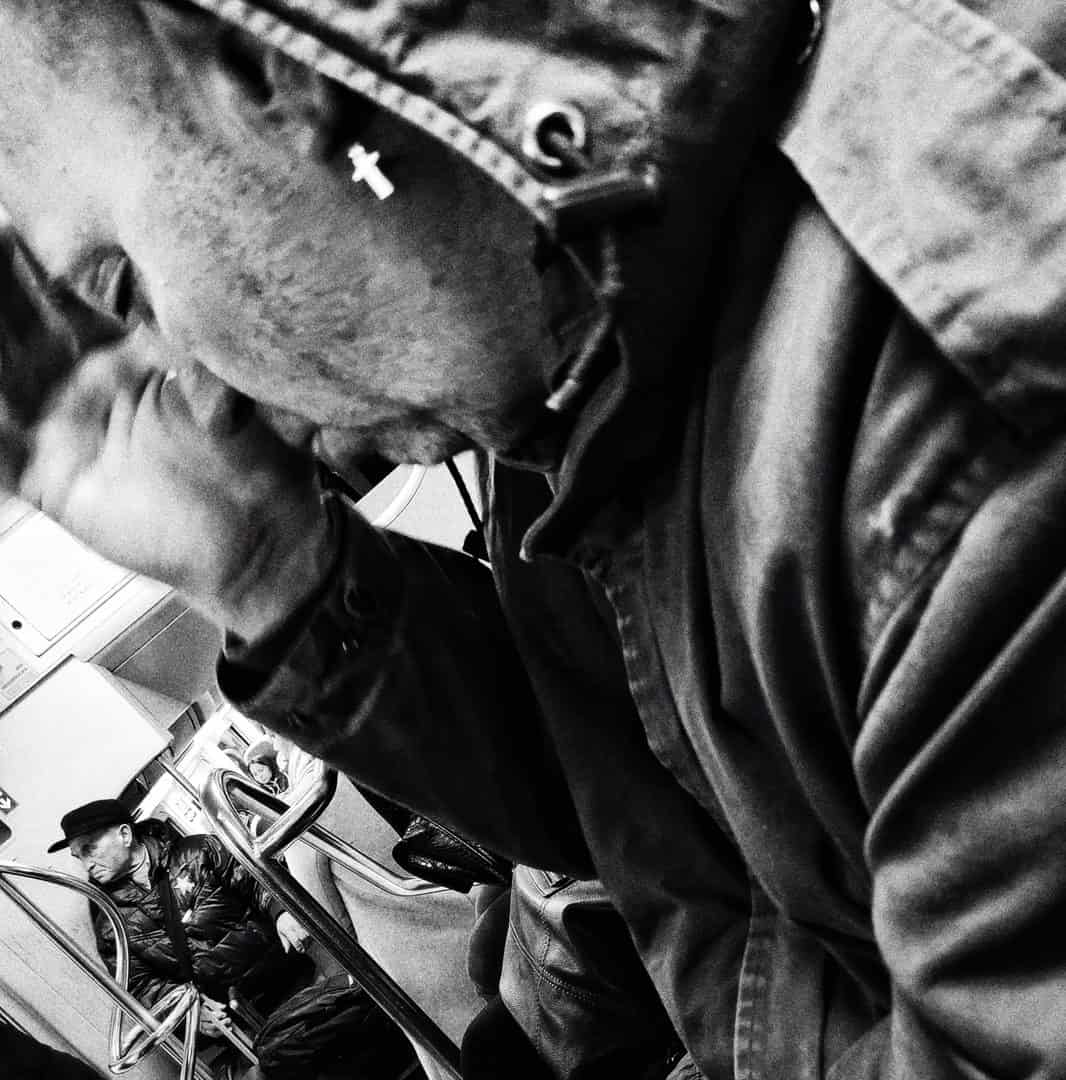 Another interesting subject, I love her expression in the face, it was so dramatic but the real cherry on top was the patch on her nose.

A stupid classic that I love… 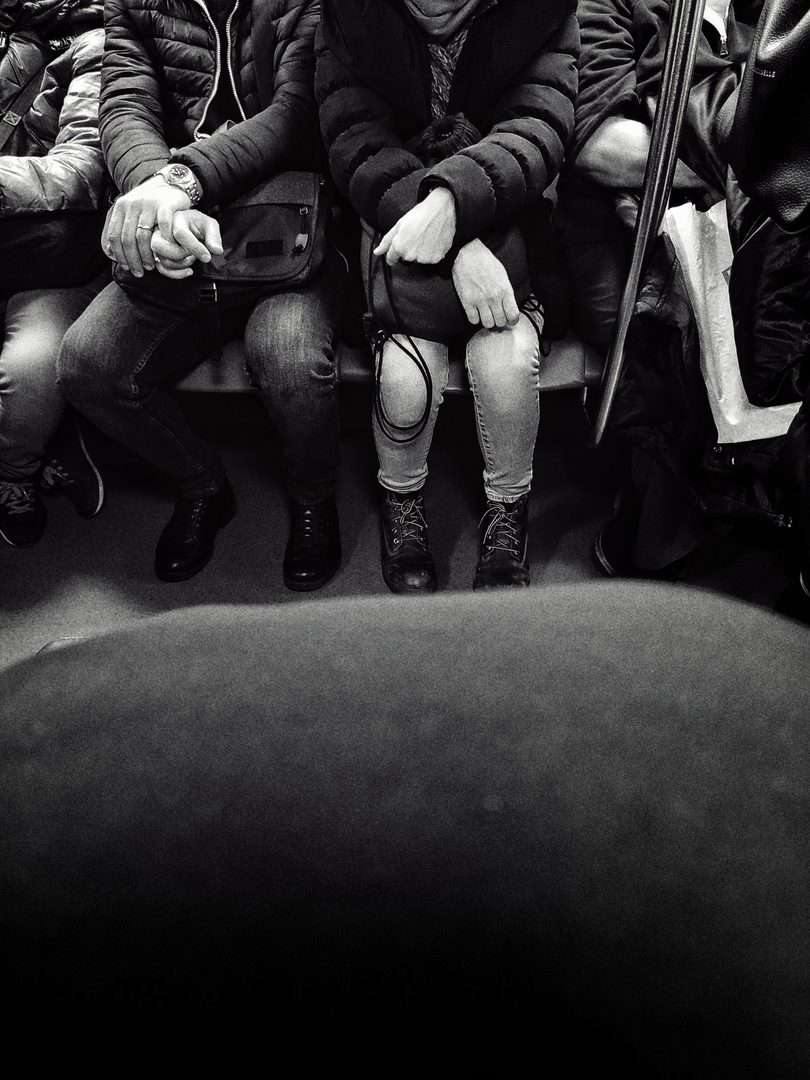 In this last picture taken on the train I was inspired by Hopper’s paintings for the sense of solitude and the way the light entered from the window and hit the surfaces. 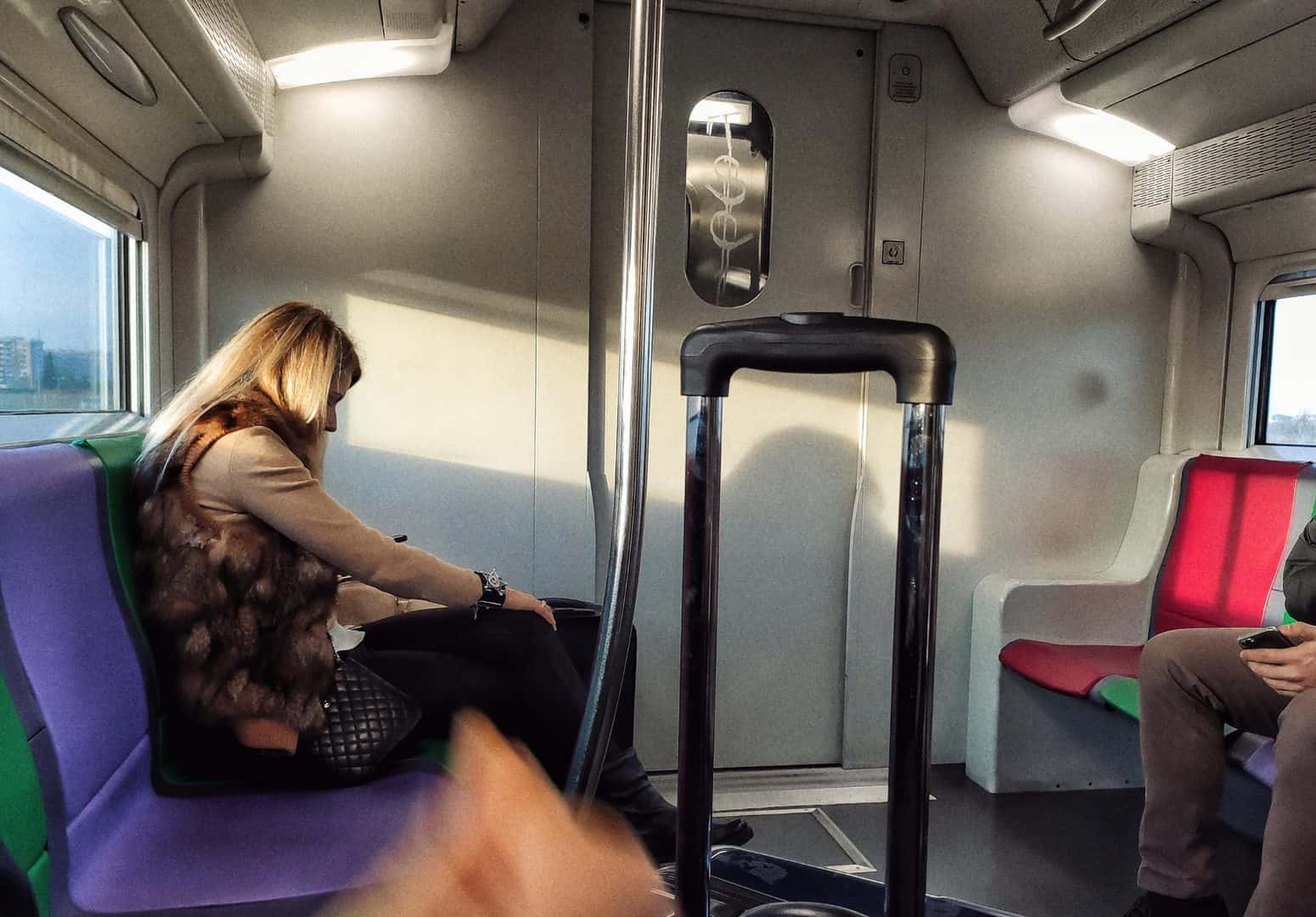 The flight Rome-> Moscow last about 4 hours. In Russia it was snowing when I arrived, time zone is +2. I made the trip with two other photographers. 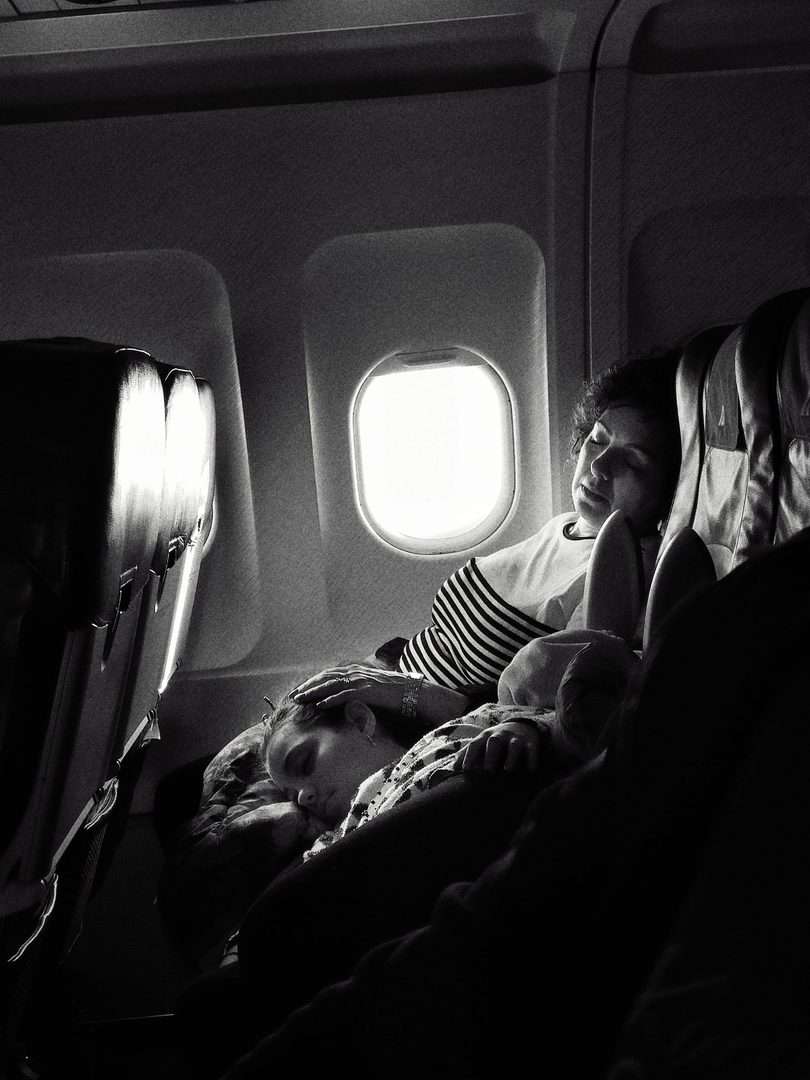 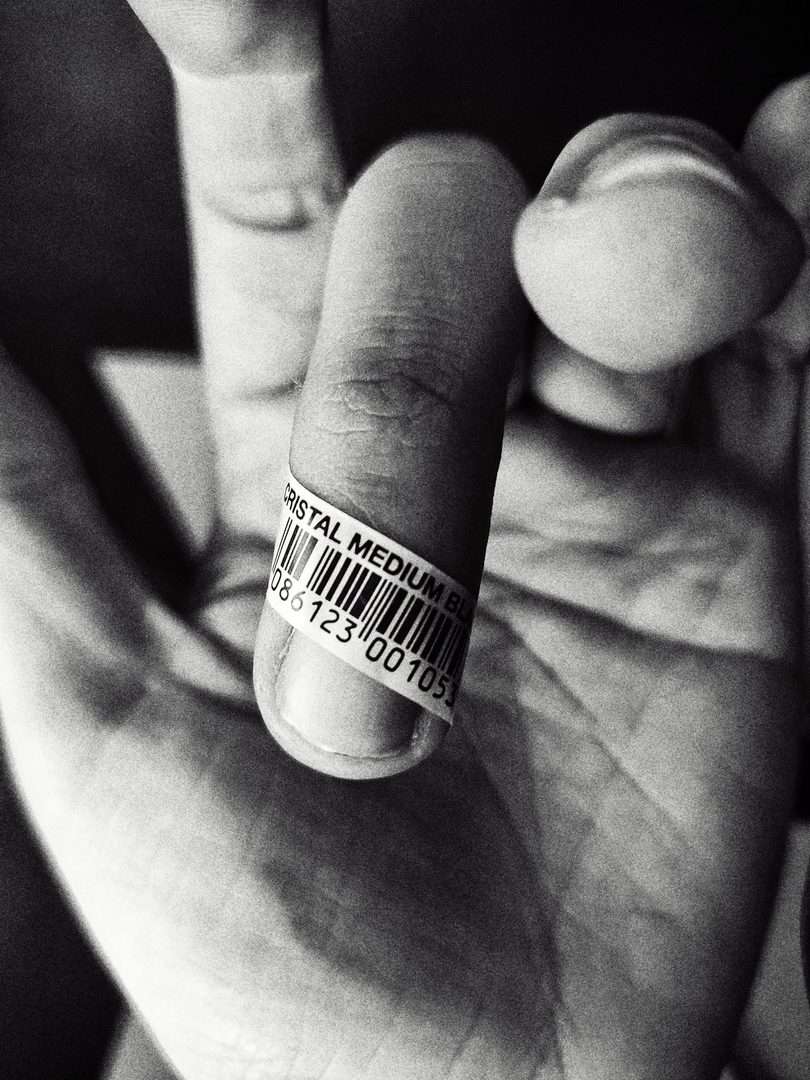 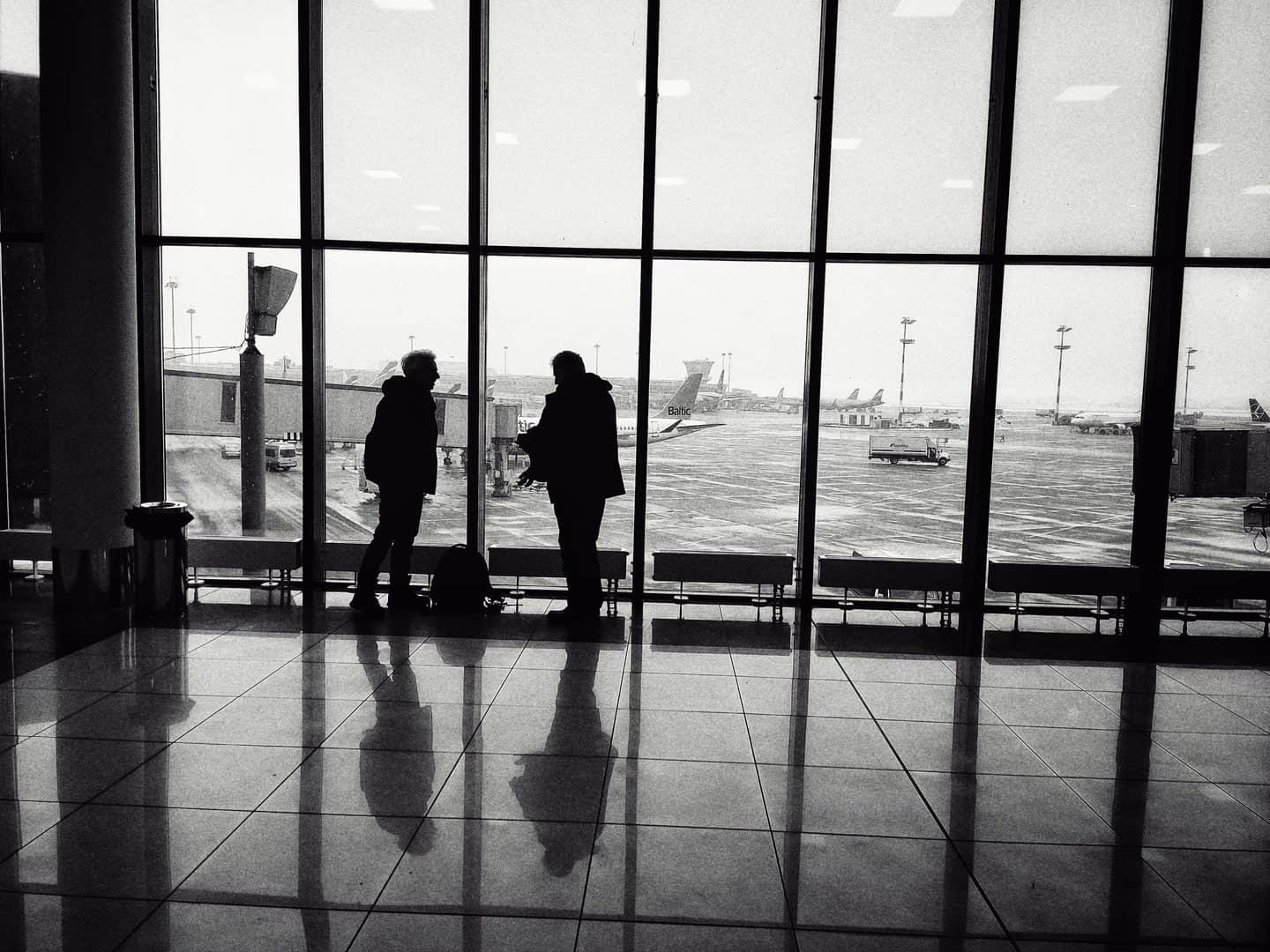 When I arrived in Russia 1 Euro is about 7o Russian Rubli, practically all the shops accept credit card in the cities (not taxi). I’ve taken a taxi to reach the hotel in Moscow, so the adventure has started. Life costs less than in Italy, if you travel in more people I suggest you to use taxi also for big distances as 50-60 Km but ask always for the cost before the riding. Outside Moscow people ask you about 1500 Rubli for 50 km in taxi, in Moscow and Saint Petersburgh prices obviously rise and there is often something who try to ask you more money! In big cities as Moscow and Saint Petersburgh the metro is awesome, I suggest a visit inside. The train is also funny and beautiful as I’ll say in a future blog post. Unfortunately the majority of people doesn’t speak english but only russian, especially in the periphery outside the big centers. I suggest to have always with you an internet connection and using something as google translate. This is an important advice in my opinion.

By the way the first evening in Russia my Ricoh crashed down; it still worked well after the impact but I’ve had some problems with the AF magnet inside the camera for the whole trip (but it was already defective). I was frustrated by this event because it happened the first evening at the first street session. Sorry for the quality of the shots but my smartphone is really bad in poor light condition as interior and night. It was cold and thanks God it started to snow for about 30 minutes. 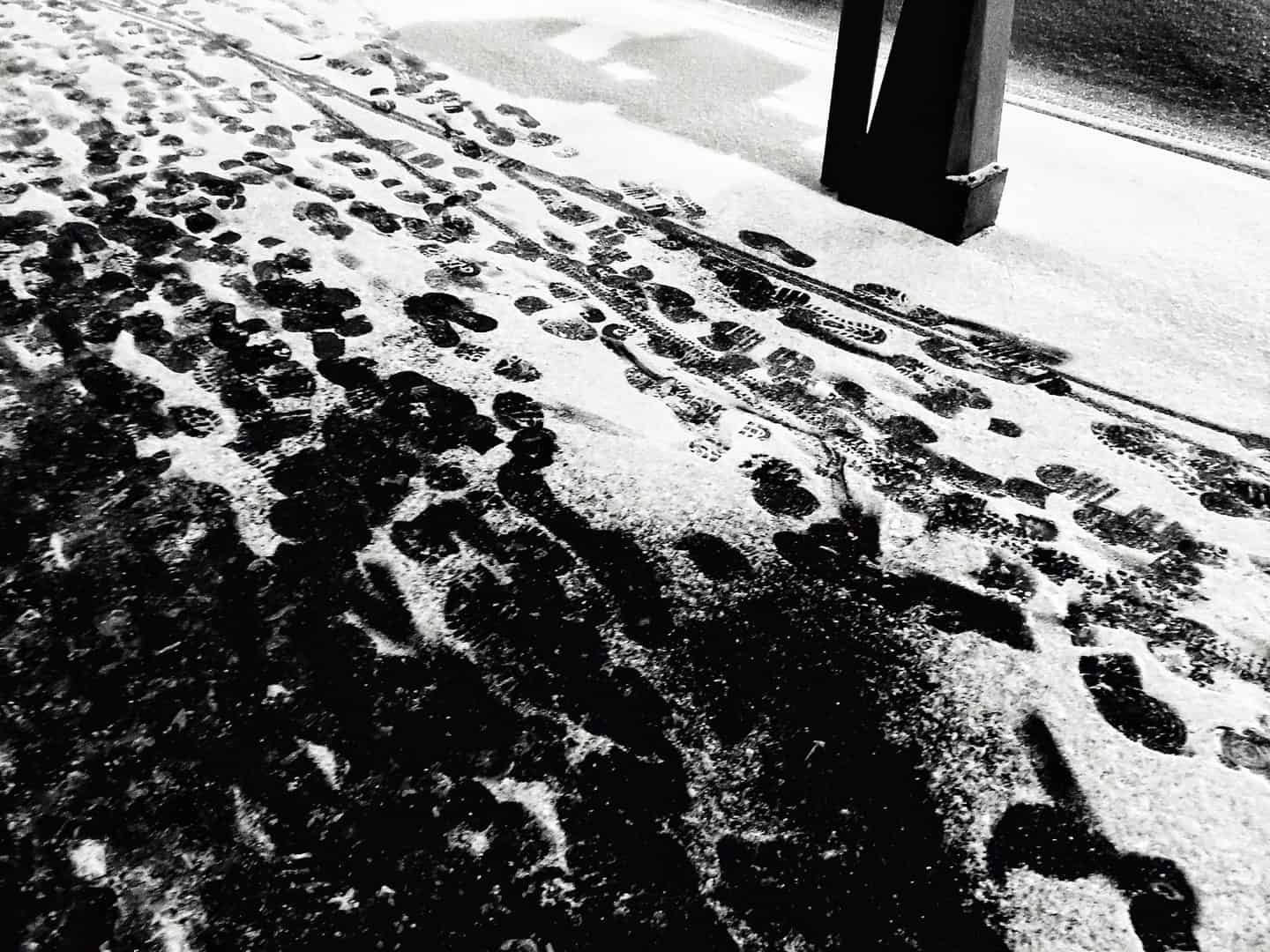 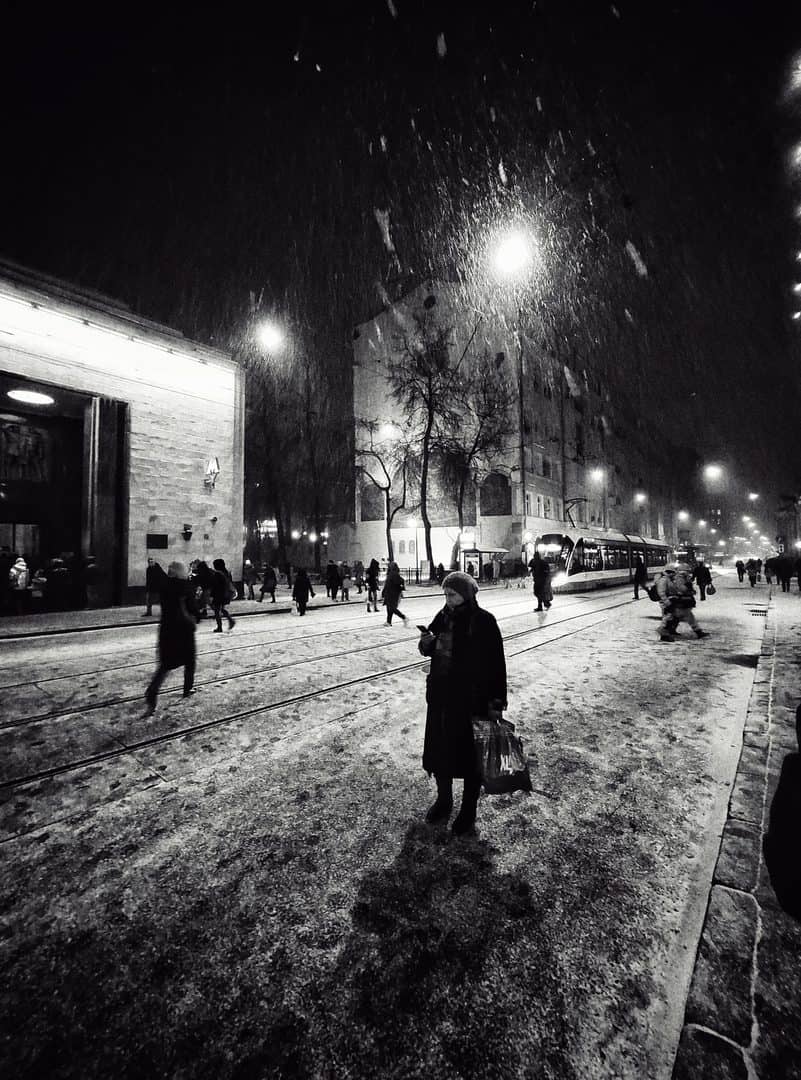 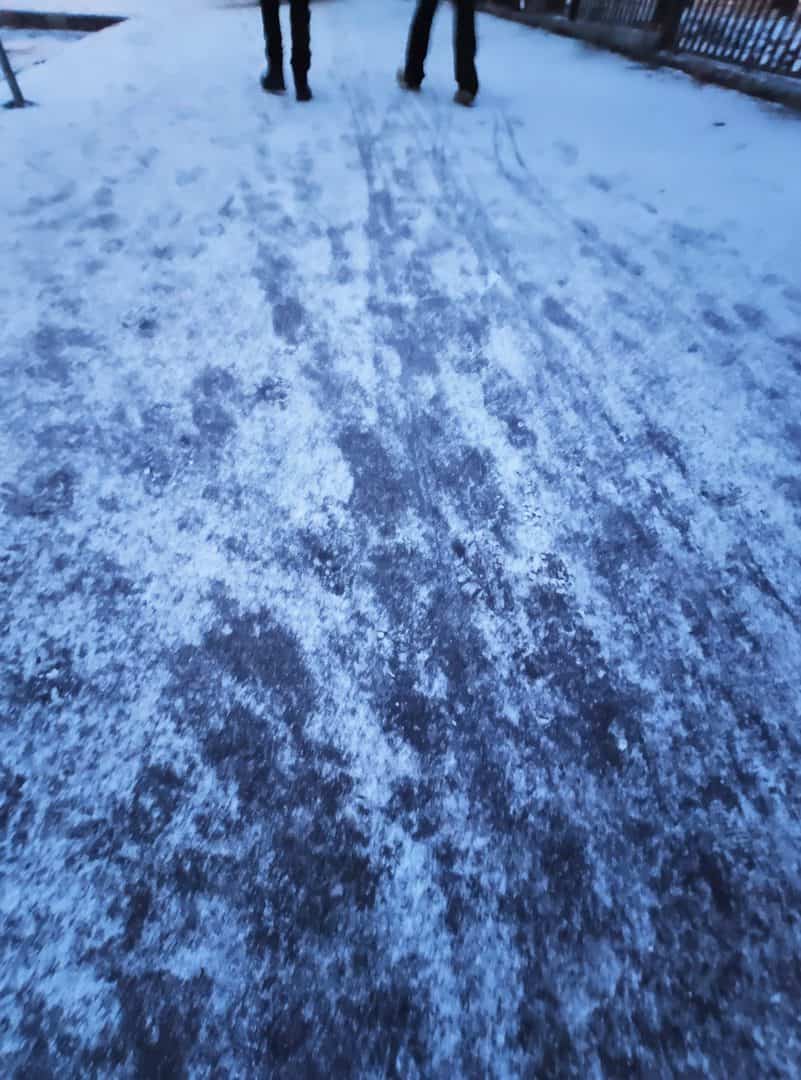 First day considering also the train and the air trip was really long and weary. Fortunately it last in Moscow with a delicious plate of hot Russian ravioli with beef. The day after we moved to Jaroslavl’ by train but this is another story… 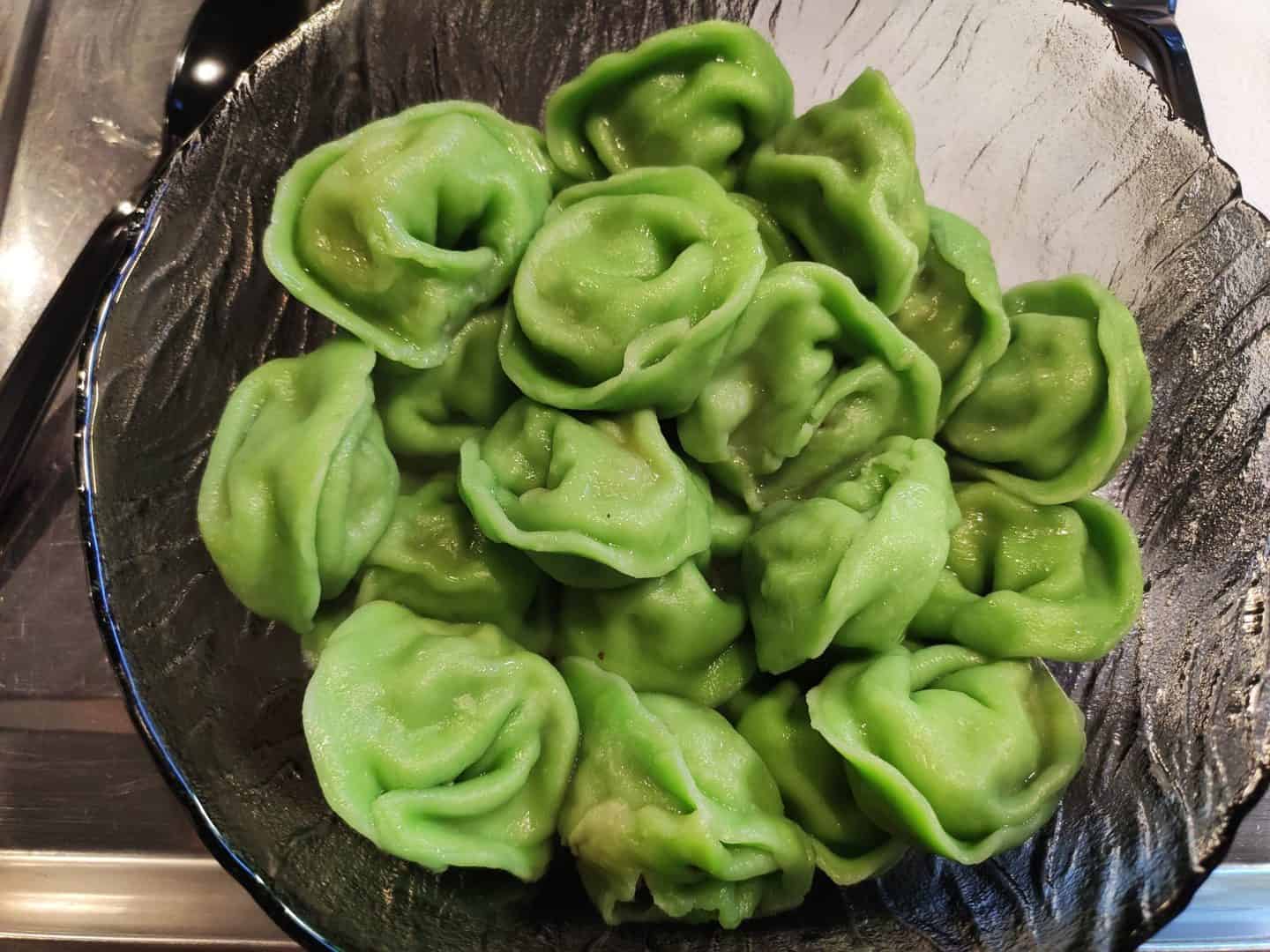 Read more about other travels here: 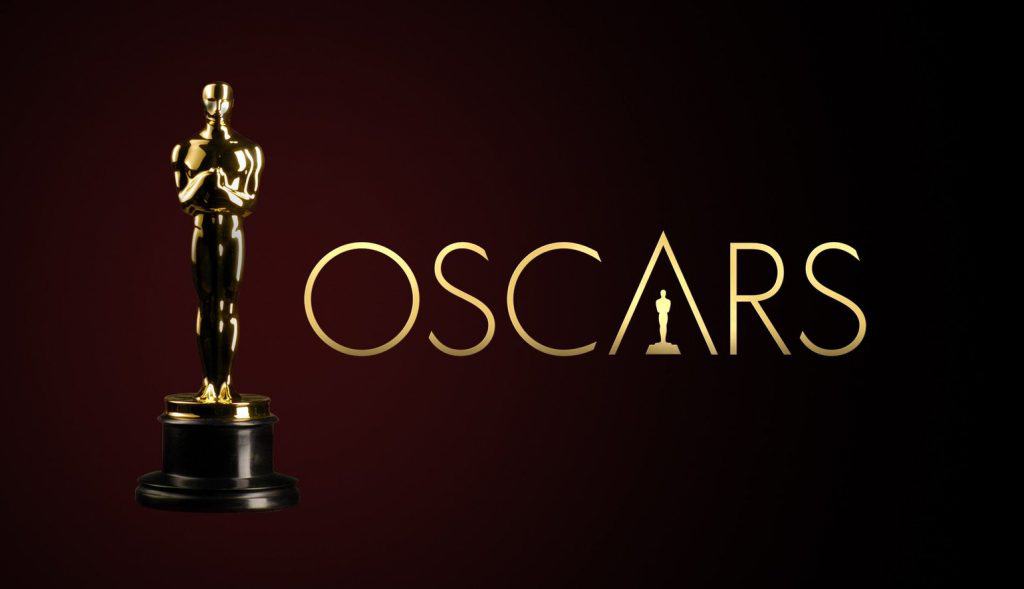 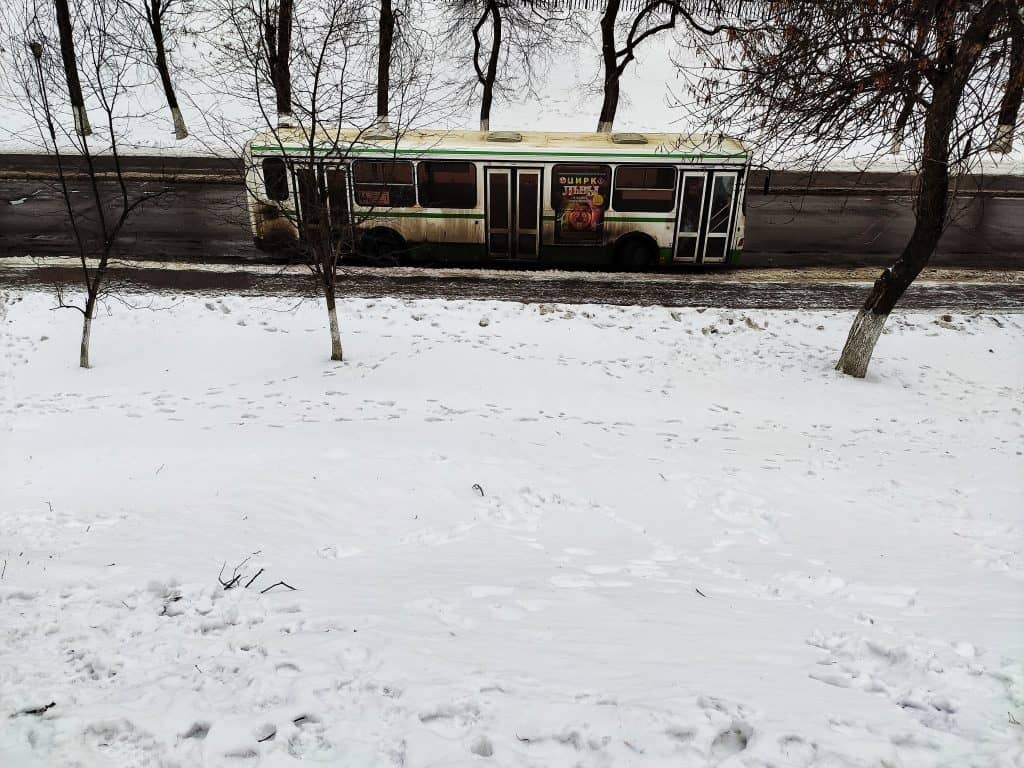