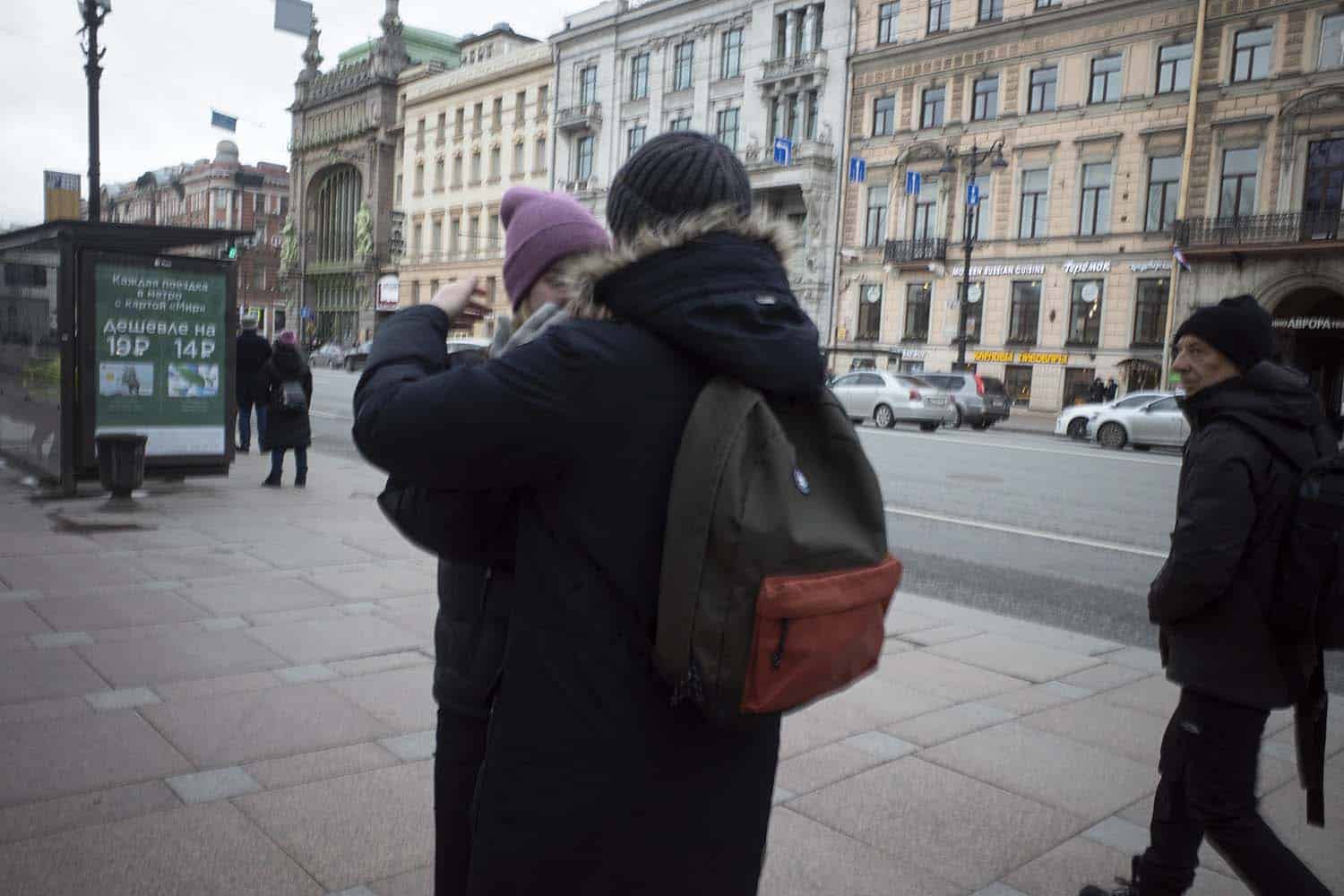 That was an interesting moment between two lovers I saw during a street photography session in St Petersburg in February 2020. Unfortunately  I made some mistakes and was unlucky at the same time. The scene in front of me was this: a couple was in crisis; the girl was crying while boyfriend tried to kiss and to hug her. I assumed that he probably did something wrong… When I arrived close to the couple to take some shots I was in a really bad position, I can’t see the girl’s face as I wanted. Scene was really fast, the girl crying abruptly walked away from his boyfriend. She noticed me, looks a bit shy and embarrassed because I and other people were watching the scene. This is probably the reason why I didn’t take other pictures. But the quarrel went on, they walked away together arguing animatedly. After a while they separated definitely, walking in opposite directions; that was the end. I usually take pictures of lovers, it’s more difficult to find a situation like this one. Today I’m still asking if they are back together. Unfortunately I’ve only 4 photos documenting the first part of this moment of life happened in the street. 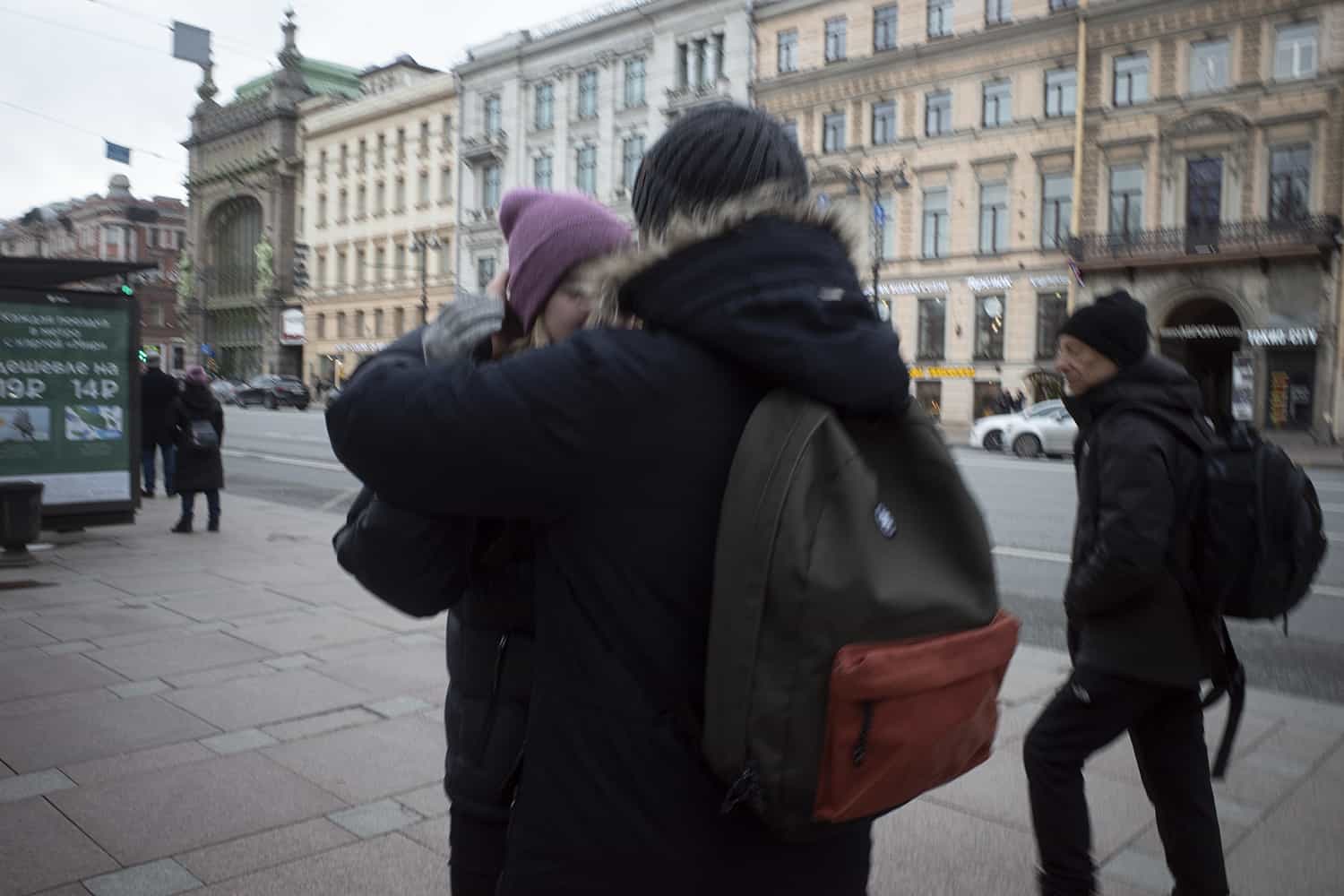 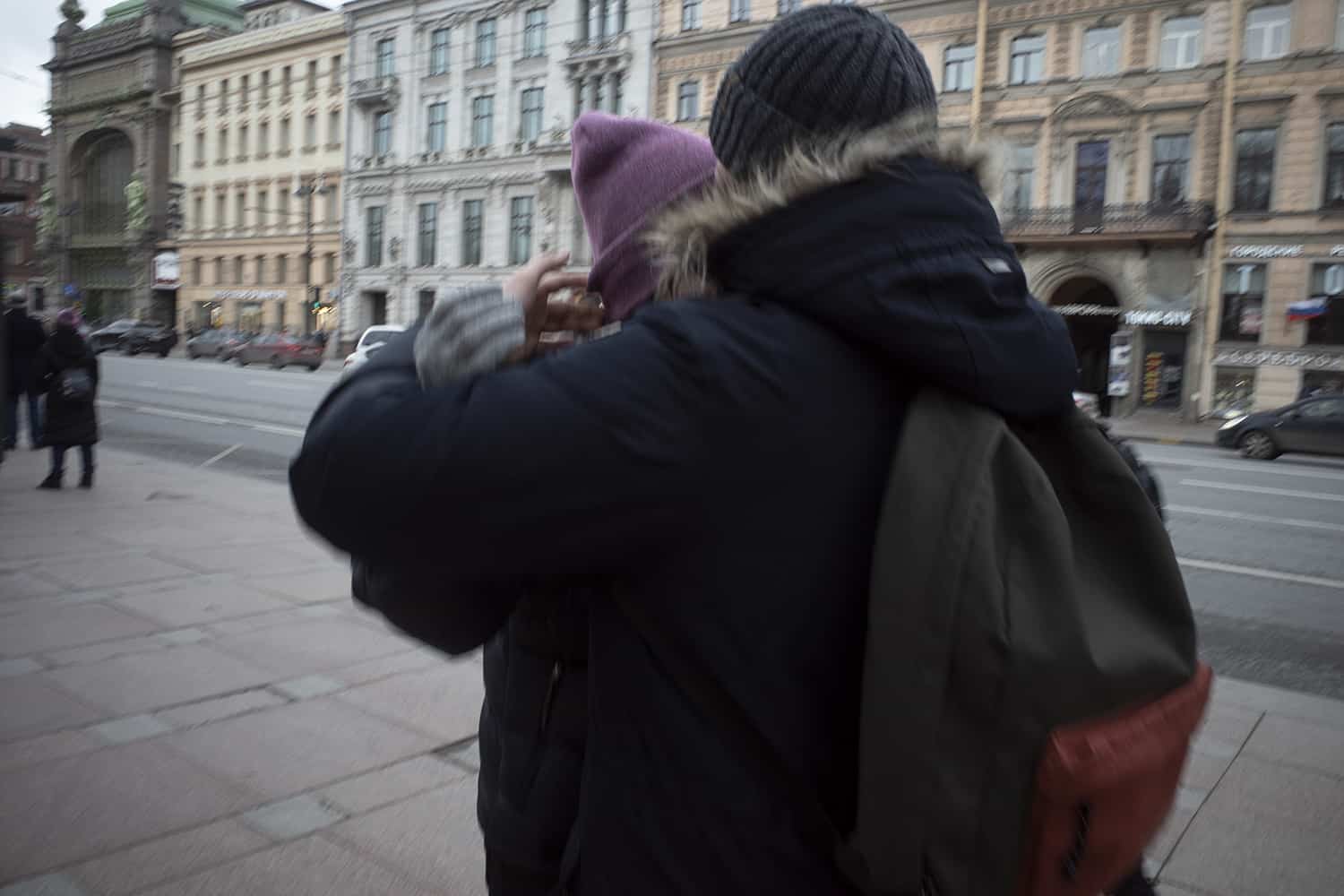 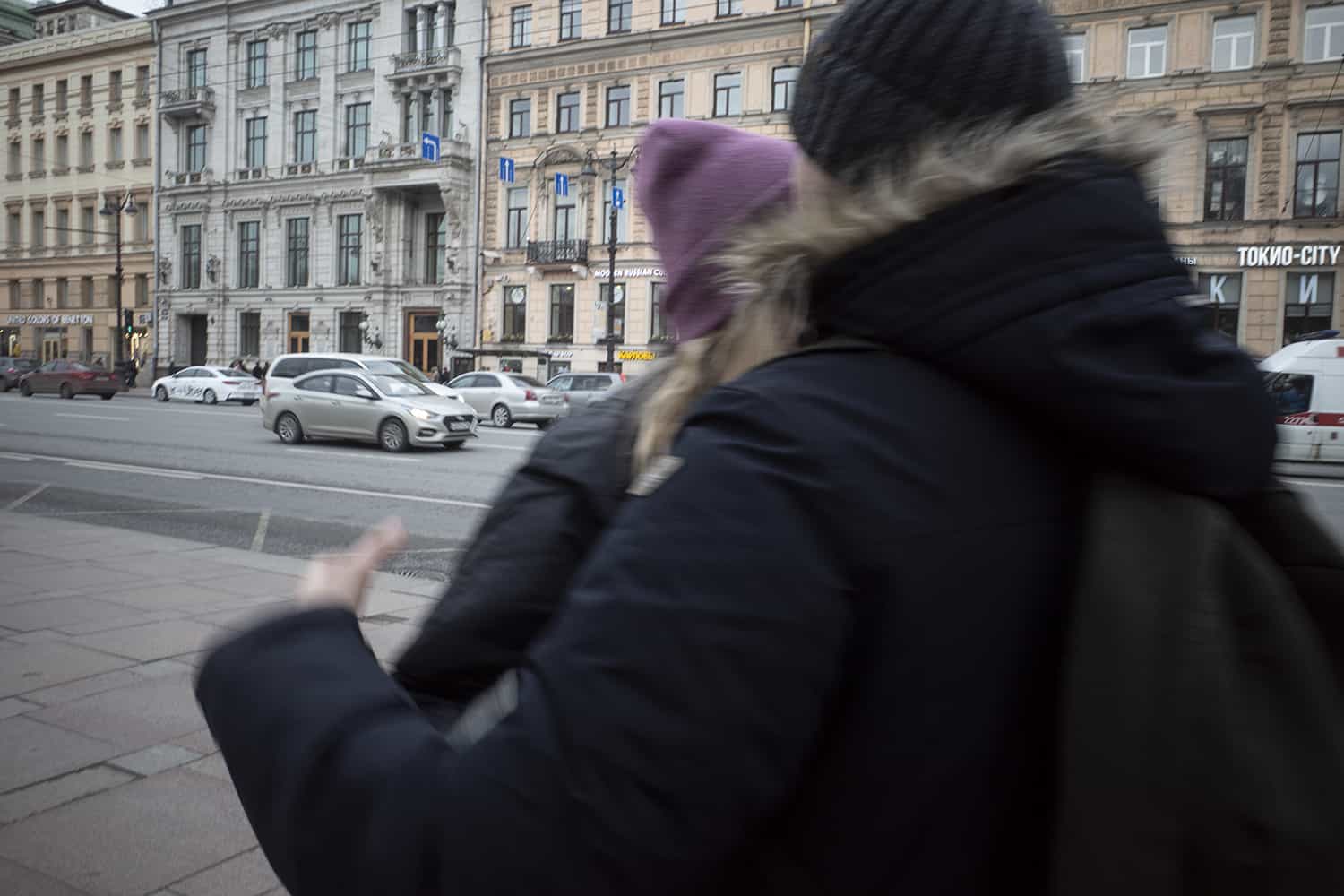 This scene with this dead hug remind me a wonderful painting made by Egon Schiele.  The situation here is a bit different from my street photos, but the result is the same: a dead love. This is a cold hug between Egon himself and his (ex)mate. They were breaking up, relationship was over. I like the way he painted affection but also a dead love at the same time, wonderful drama! Look at some details as skeletal arms, prostrate poses, the white color, the open and almost frightened eye as he realized the end of love.

In the past year I’ve made a similar picture with a girl crying in front of her boyfriend. I was in Rome. 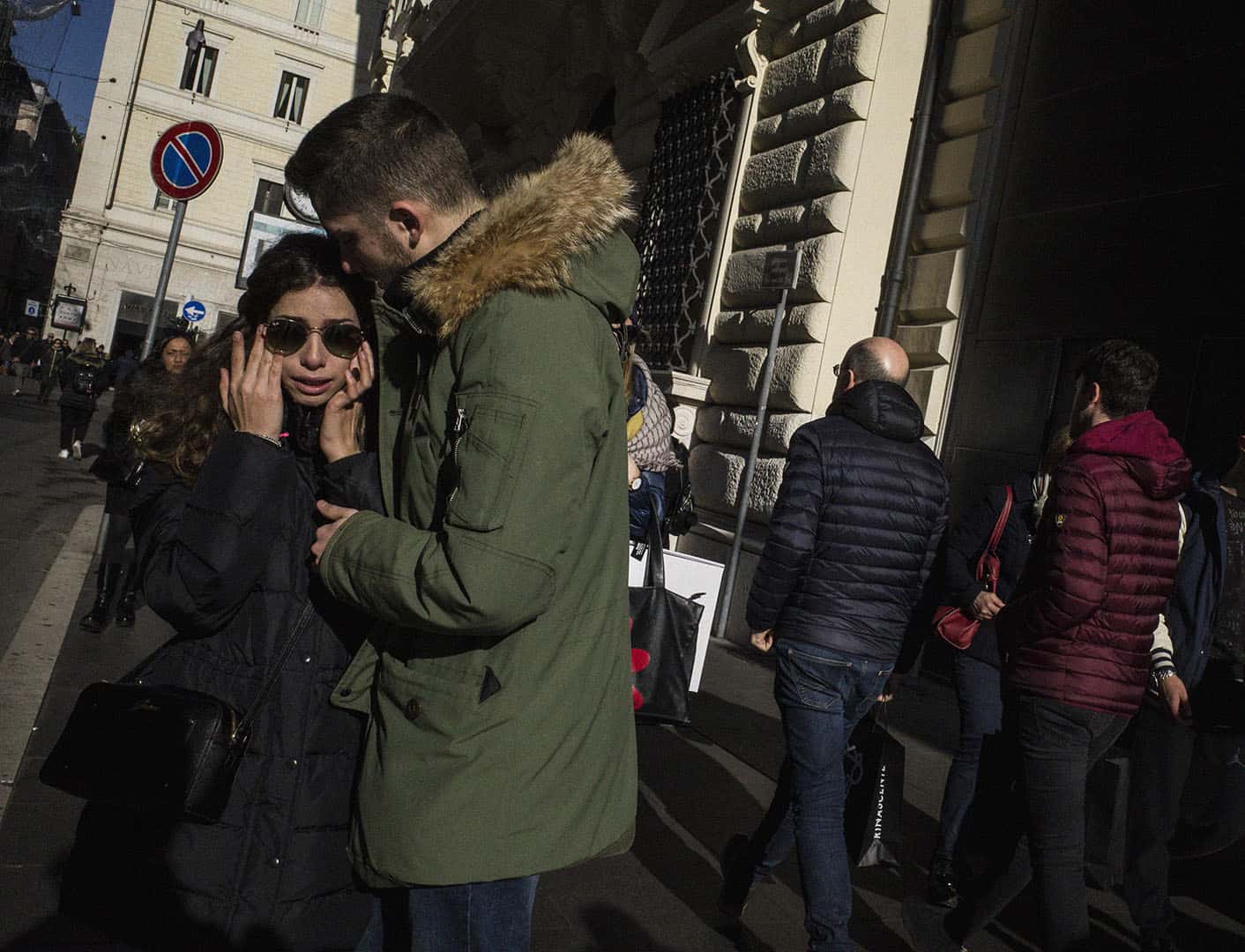 Turning back to the first scene I remember that the couple separated almost in the same place where I took the following photo.

Street photography: how i made lovers in St. Petersburg

About my latest trips:

Street photography: style is everything 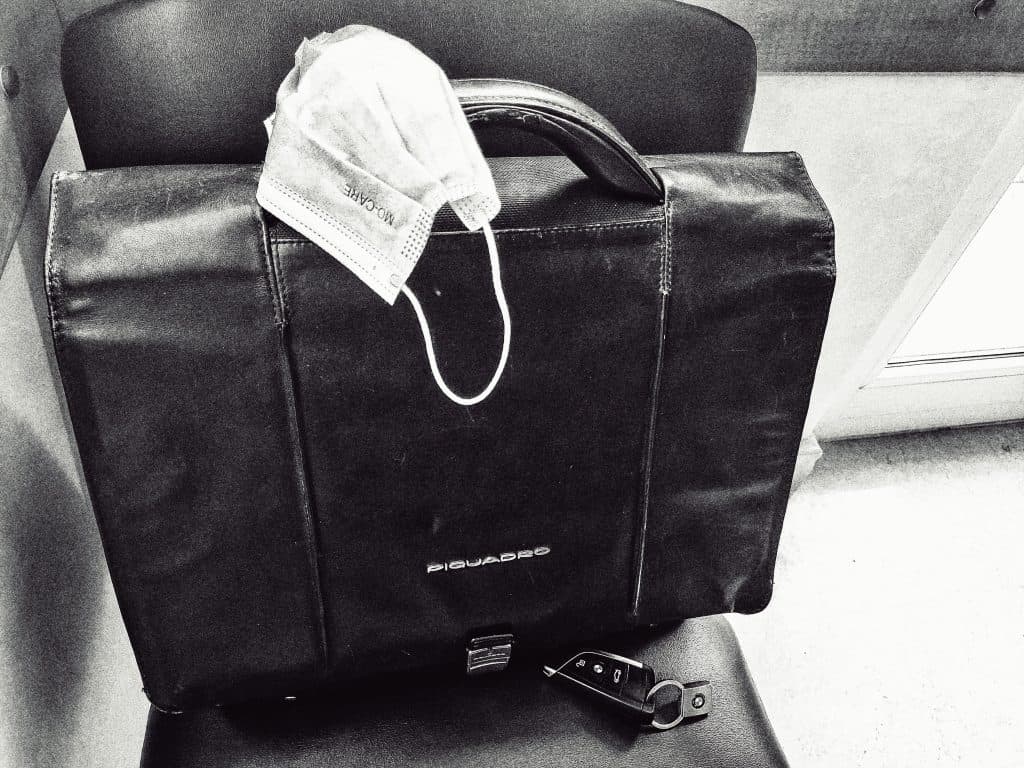 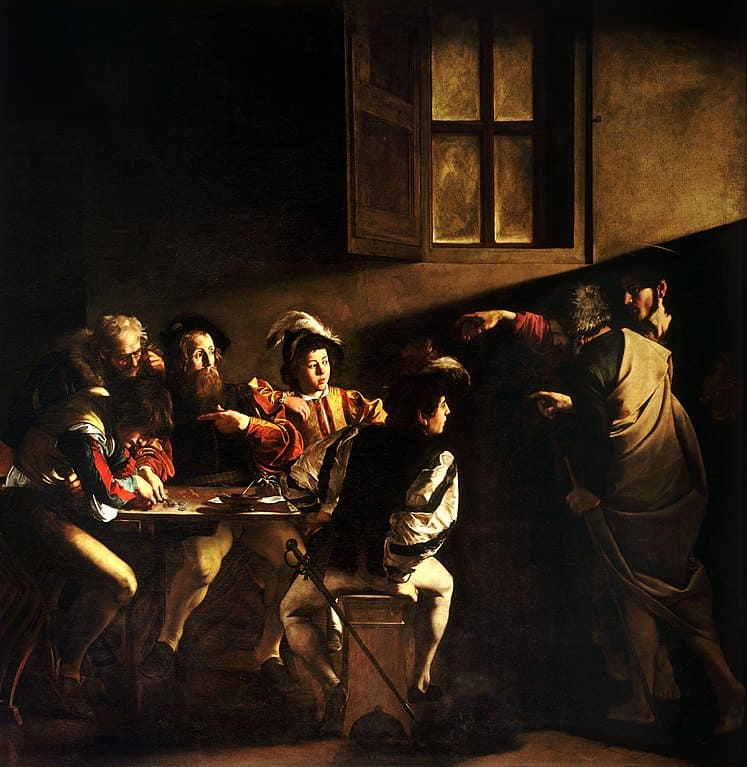