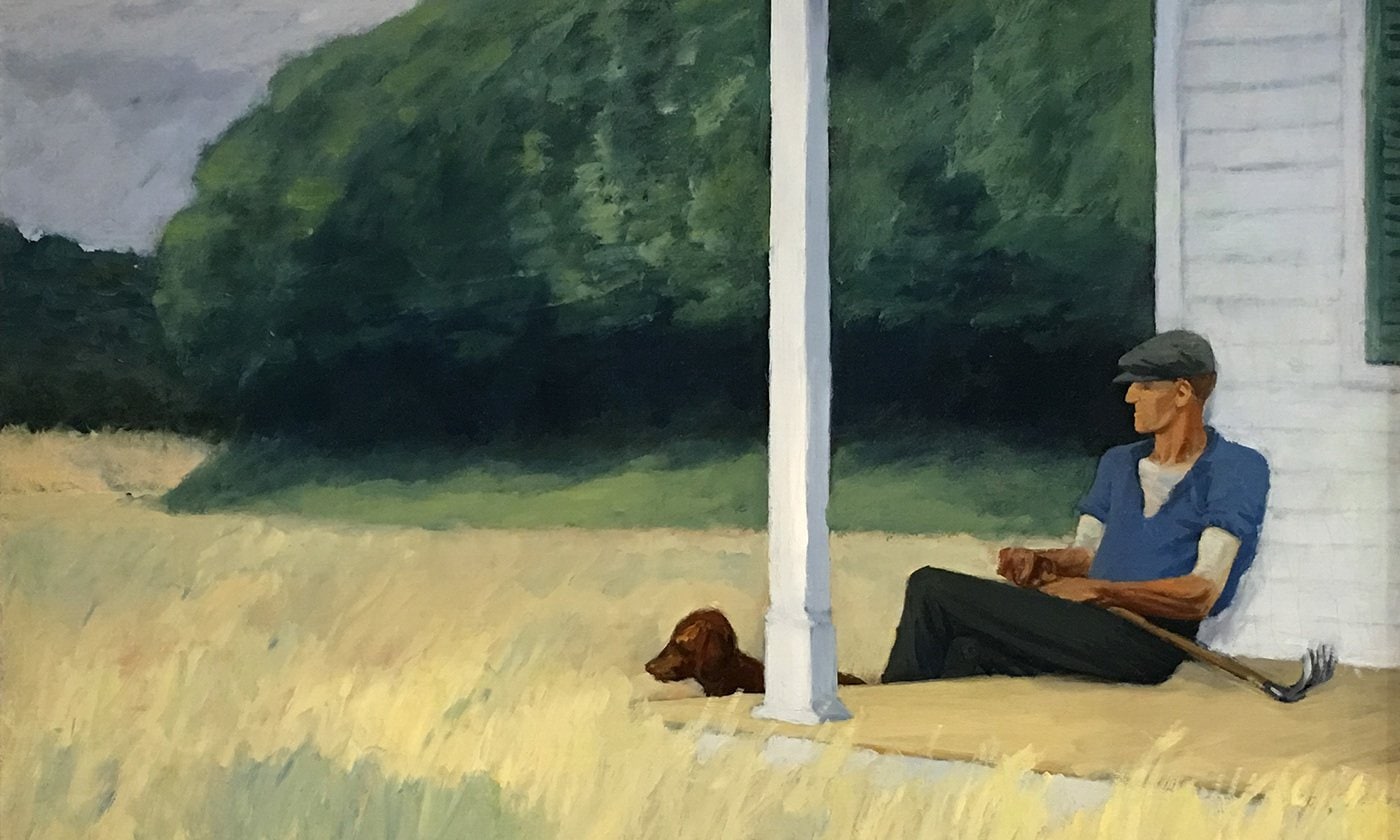 Loneliness: Edward Hopper and street photography – Many people feel lonely even in a chaotic city, in the streets and bar among other people. It is really possible to feel alone even when we are surrounded by other people? Often people are lone with their problems and thoughts, sometimes sitting in a bar, sometimes walking on a street, sometimes in a church, sometimes in an hospital, sometimes at home…

Edward Hopper has painted lone individuals in gas stations, diners, hotels, private houses… Other great themes in his paintings are the reletionship between man and nature and the sexual provocation…

Looking at his masterpiece Nighthawks (1942) we can appreciate the cinematic composition, the contrast between lights and shadows. We can hear the silence of the scene, we can feel the loneliness. There are four people  in an all-night diner, no one is talking or looking at others. These individuals are lone with their thoughts, they are distant to each other. Loneliness is the real subject of this painting.

“Why do people have to be this lonely? What’s the point of it all? Millions of people in this world, all of them yearning, looking to others to satisfy them, yet isolating themselves. Why? Was the earth put here just to nourish human loneliness?” (Haruki Murakami)

Hopper has represented “modern solitude” also in other works. When more persons are painted togheter in the same place there is no communication between them.

Lack of communication, two people alone in the same room…

What about loneliness in street photography?

We have to say that people alone in a picture may not be alone in everyday life; sometimes photography is a mystification of reality. While Hopper really wanted to paint persons in solitude.

Let’s start with two shots taken by the father of street photography Henry Cartier Bresson. The first one is more surreal…

…while the second one is more classic.

Alone man in a Vivian Maier’s color photo. Wonderful contrast between colored balloons and his dead eyes. We don’t know if he was an happy man in everyday life, but in this shot certainly he looks lonely and sad. Mystification of reality? Looking at his hearing aid we can imagine his isolation from the world.

In these two photos taken by Saul Leiter there is loneliness but also drama and sadness. Anyway this is what i feel looking at this wonderful pcitures.

A series with minimal shots:

A surreal blurred shot by Antoine D’Agata in which the lights contrast with the loneliness of the man.

Here is the italian Ferdinando Scianna.

The concept of modern loneliness, in a Bansky’s stencil on the wall.

I like to photograph solitude. Three shots taken by me: 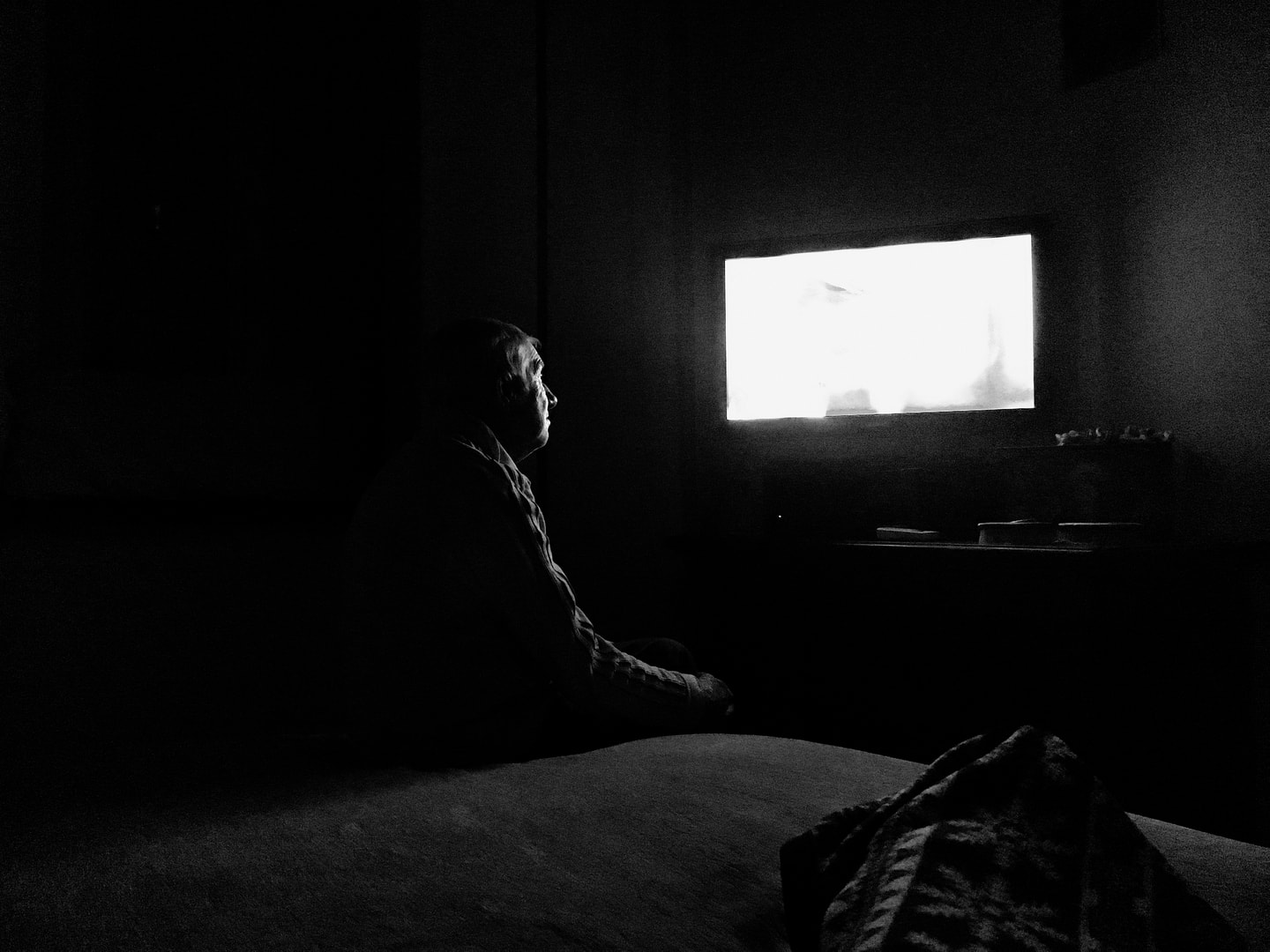 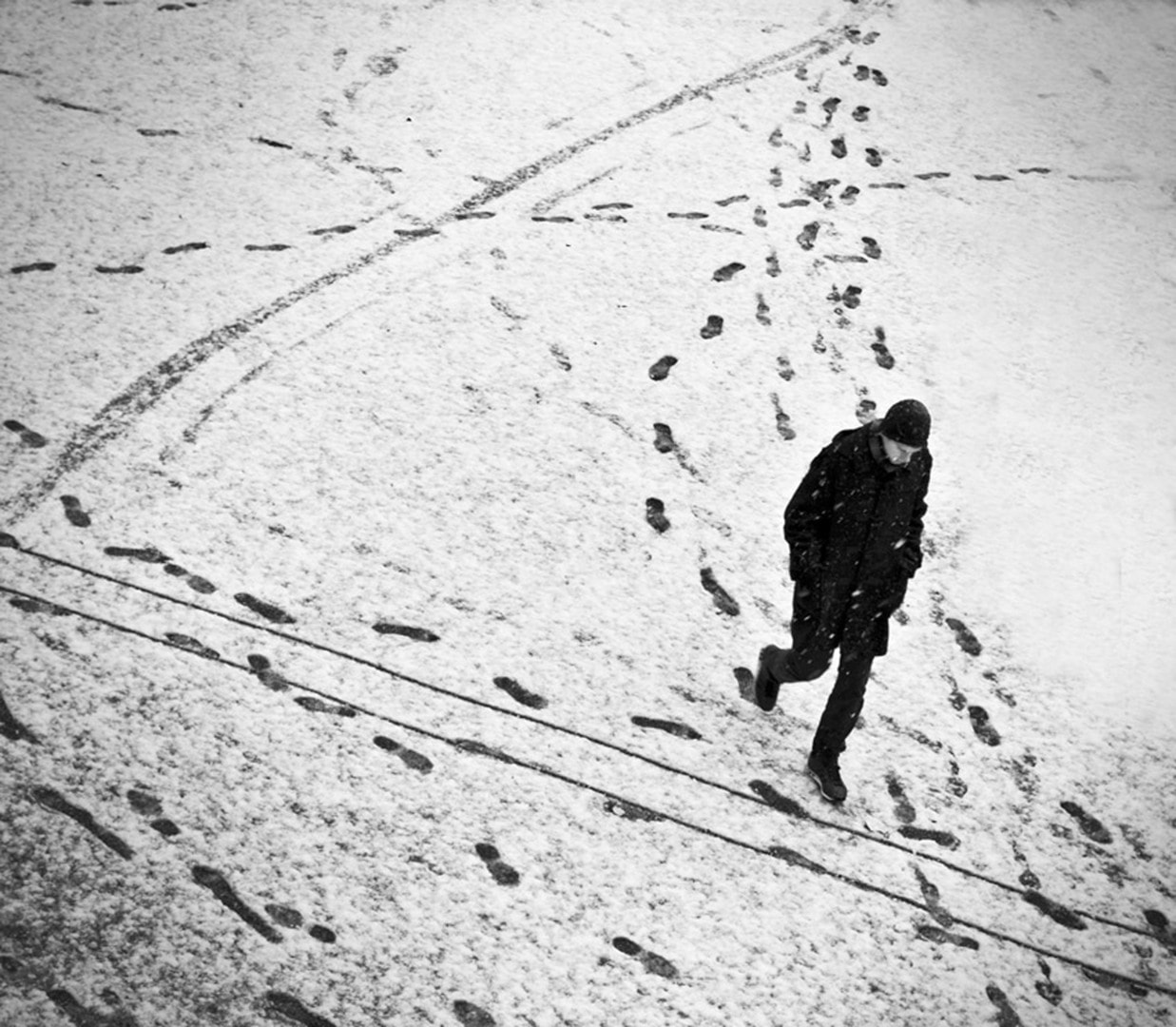 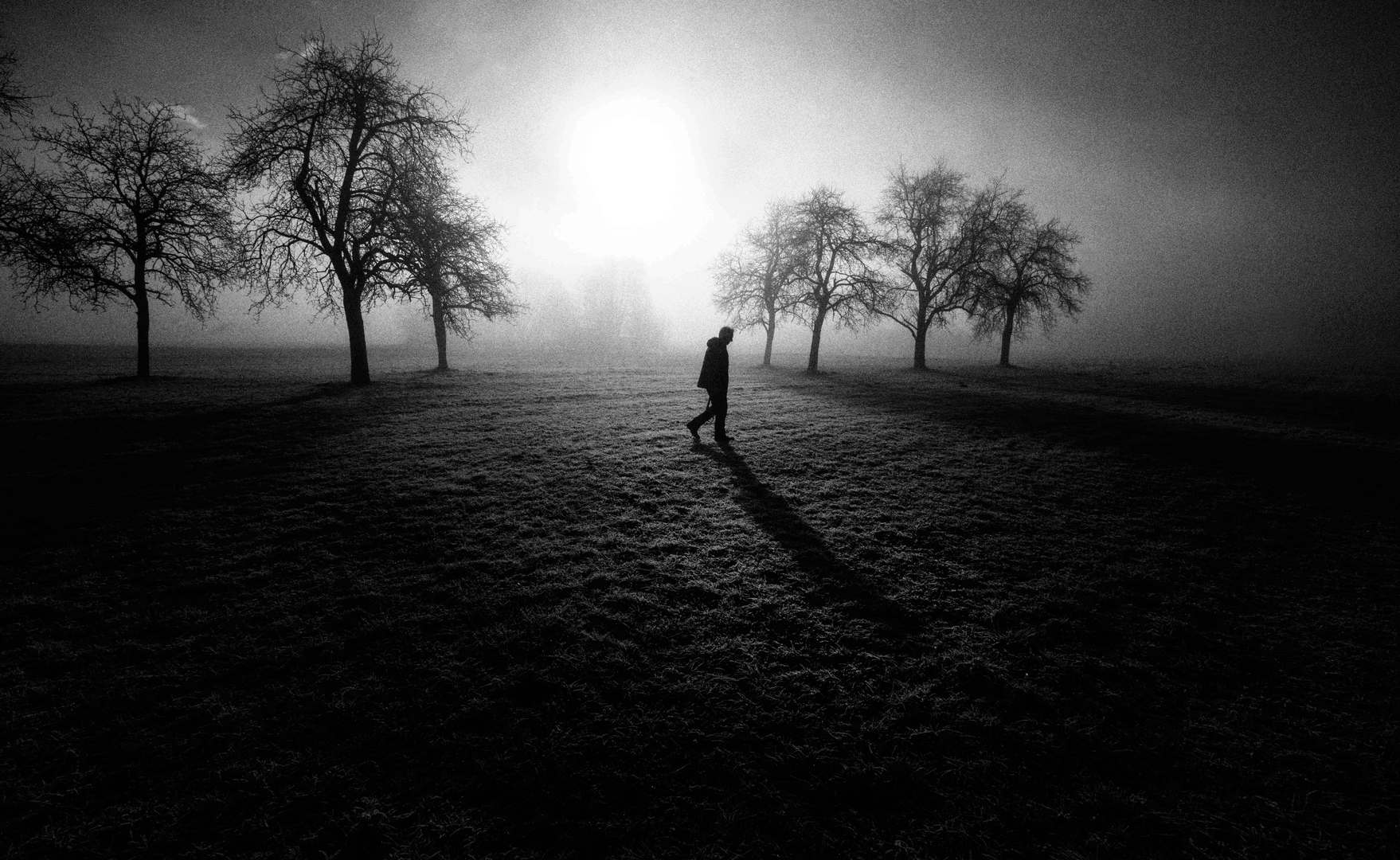 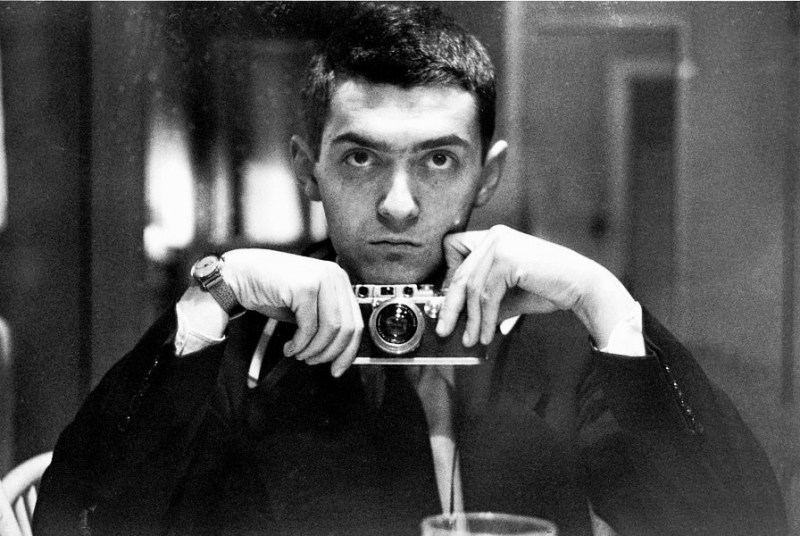 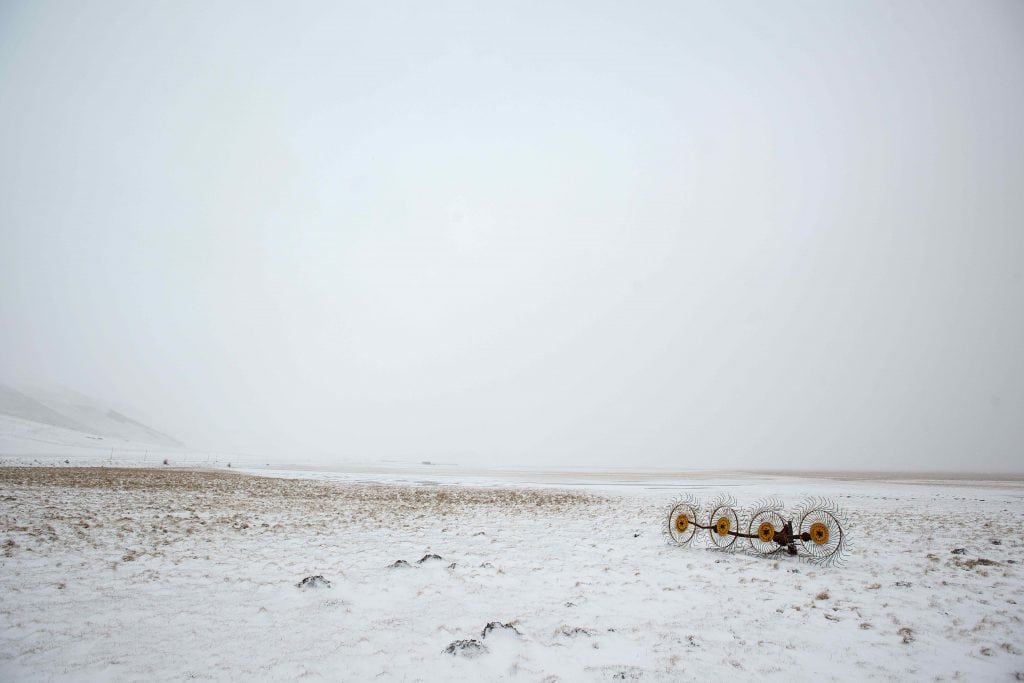 Next post A day of landscape photography: the blizzard