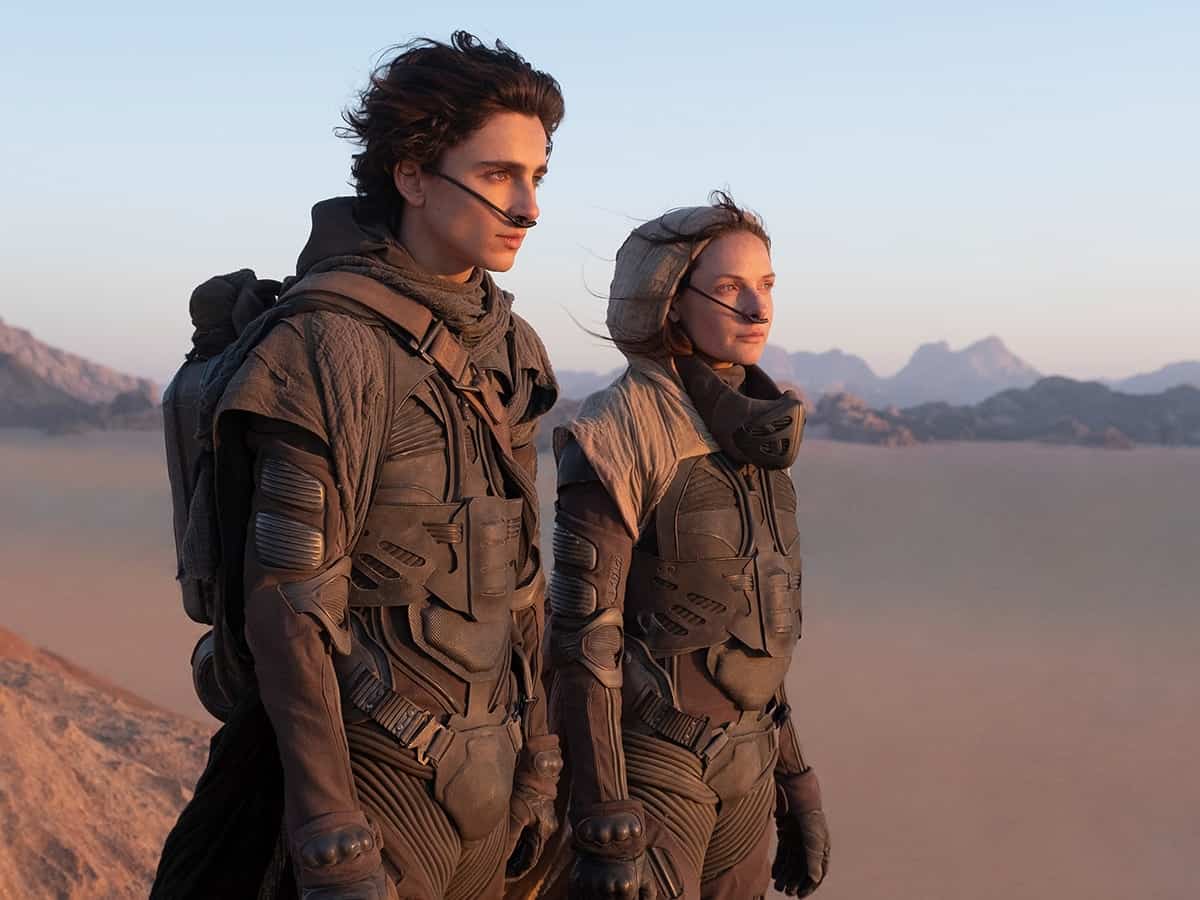 I’ve been waiting for a long time Dune by Denis Villeneuve. After first reviews from Venice Festival I became a bit nervous. But I always remained confident because the only man who can made a movie like that is Denis Villeneuve. Two days ago finally I watched the film in a press preview in Rome. First of all I have to say that I read the first book before watching the movie (about 600 pages). Dune directed by Villeneuve is about half book, we need a second part to complete the whole first book written by Frank Herbert. But let’s see something more about this film, I wrote my thoughts in this Dune review. 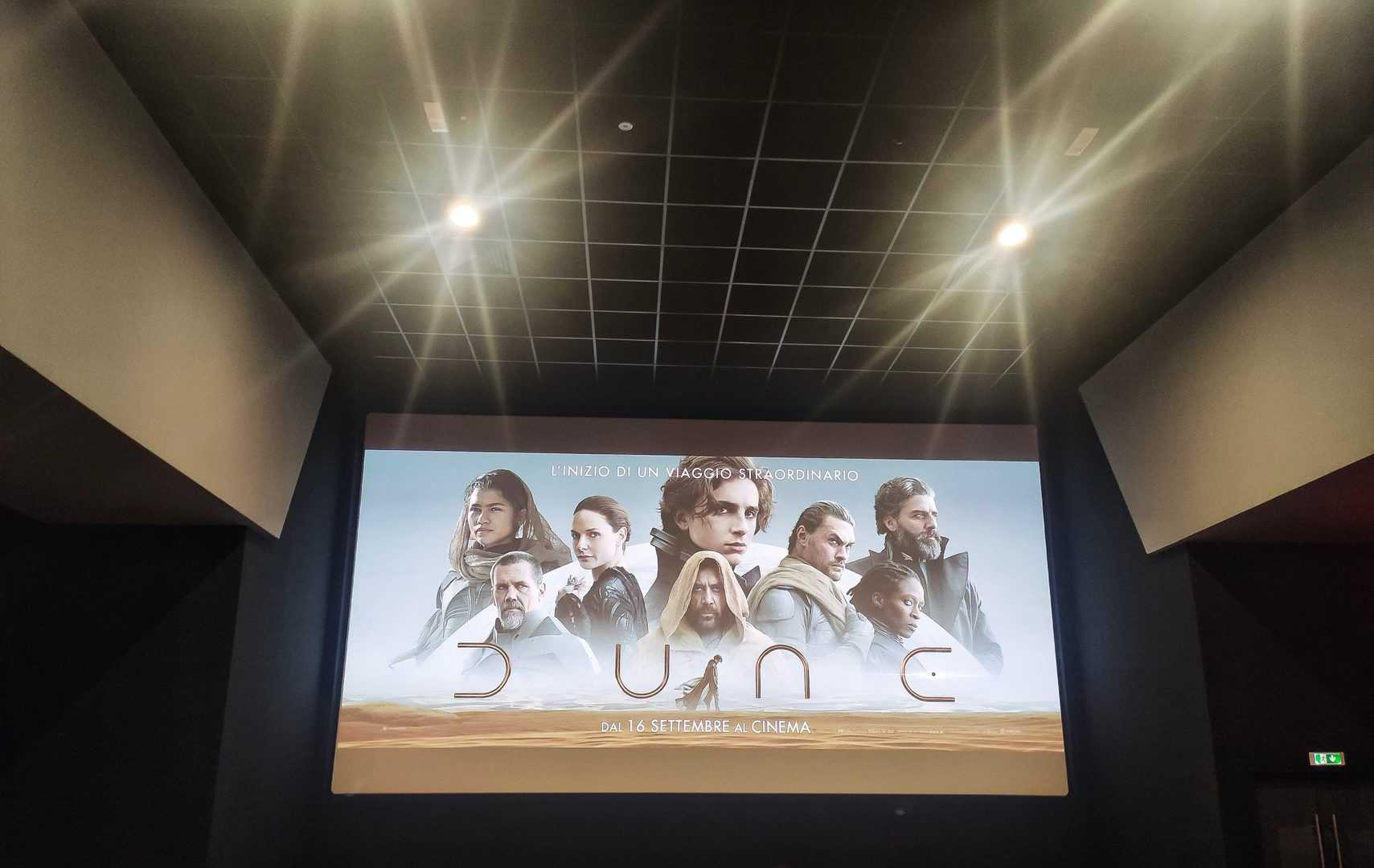 We are in the future. From Caladan the Atreides goes, under the order of the emperor Saddam IV, to Arrakis to administrate the planet and to extract from desert the spice (called also melange), which is a sort of oil because in the future spaceships fly only using this material as fuel. Spice is money, spice is freedom, spice is power. The entire Arrakis (Dune) is a big desert with high temperatures and populated by giant worms (the sandworms). Arrakis’ people are the Fremen, a population that lives in the desert, inside caves. In Arrakis the Atreides will have to face the Harkonnen, a house of merciless assassins who oppress the Fremen and for years controlled the extraction and trade of spice.

The novel written by Frank Herbert is a story about dichotomous fight between good and bad. It is about the control of the power, the spice, that is so similar to our oil extracted in the desert. Fremen ( free men?) are so similar to arab people, persons oppressed by wars for the control of raw material. The book talks also about a Jihad… So we have a lot of parallelism with the real world (as in Star Wars saga and The Lord of the rings). There are all the main elements to have an epic movie!!!

What can I said about Dune the movie? Absolutely awesome. Denis Villeneuve is the only one who can do a masterpiece where other directors like Jodorowsky as even David Lynch has failed (both tried to make a Dune movie, but this is another story…). The movie script is really true to the book, except for some details. For example in the movie the Harkonnen baron flies, Liet Knies is a black woman and in this first parte there is no trace and mention of Feyd Rautha, one of the Baron’s grandson… Dune is about 140 minutes, a long movie, no doubt. By the way the film has a good rhythm, there are dialogues but also action, twists, tense scenes. The Harkonnen, the enemies, inspire fear, they resemble humanized orcs (parallelism with the lord of the rings), their musical theme/scenography/aspects/costumes are terrifying and disturbing. The Baron (Stellan Skarsgaard) is a great character, a perfect antagonist and evil man. While one of his grandson, Rabban, is interpreted by Dave Bautista (small part).

Watching the film I was happy to discover that the story was respected and also the main spirit of the novel. Paul Atreides, the protagonist, is interpreted by the great Timothee Chalamet, perfect for this rule because Herbert describes Paul in the book as a 15yrs old child with no muscles. His father is Duca Leto (Oscar Isaac) while his mother is Jessica, a  Bene Gesserit who is a sort of witch with the “power of the voice and truth“… Other main characters are the master of sword Duncan Idaho (Jason Momoa, for the fun service?), Gurney Halleck (Josh Brolin), Fremen Chani (Zendaya) and Stilgar (Javier Bardem)… A great cast for a great movie. But in my opinion the movie has ruined a bit some characters as the mentat Thufir Hawat (Atreides house), Gurney Halleck, Duca Leto and also Liet Knies. This is probably the worse aspect of the film. Many people will hate also the final, that is open, because it is half story of original novel…

Let’s talk about some technical aspects which is the main argument of the movie. Story is great, thanks to original novel and they made a great work for the readjustment in the writing of the script. Hans Zimmer has curated the wonderful soundtracks of the movie. He gives solemnity to the whole film, recreating the atmosphere and the spirit of the original story. One of the main theme is a bit similar to other ones in Blade Runner 2049 and Dunkirk (Nolan).

Photography and scenography are both great. Dune is about minimalism, comparing the smallness of men in front of the giant worms, the boundless desert and the awesome spaceshift (here some similarities with Arrival). Warm colors of the desert are dominant but we have also a lot of scenes in the dark with also cold tones. I liked the color contrast between the blu eyes of Fremen and the orange tones of the desert, this is the fulcrum of photography. In my opinion Blade Runner 2049 (by Villeneuve) had a photography and scenography even better than Dune. In BR 2049 the director of photography was Rodger Deakins, he won his second Oscar for that film. In Dune the DOP is Greig Fraser, a talented man but not great as Deakins in my opinion.

Dune review: parallelism with The lord of the ring

I think Denis Villeneuve is trying to make his legendary film, Dune must be his The lord of the ring. After the economic crash with Blade Runner 2049 I think Villeneuve (and Tanya Lapointe, the producer) is a very courageous man trying to do a difficult and expensive movie like this one. You can create also the perfect film, but you’ll risk a box office failure, because this science fiction doesn’t work anymore for the youngest generations… You have to do an Avengers movie to success today…

Dune is an ambitious project as LOTR. Both came from two great novel, written respectively by Frank Herbert and Tolkien. Both story have a dihcotomic distinction between good and evil, loyalty and betrayal. Dune is more about nature, ecosystems and religions. Both are about peoples, wars, freedom though with different epicity. Denis Villeneuve represent the Harkonnen like the prototype of evil. They are like humanized orcs, and I can tell you for sure, this is a great inspiration taken from Peter Jackson’s LOTR. But it works really well!!! Dune is more about economy, politics, religion, prophecy and the messianic creed. I found a lot of parallelism with mythology and real religions watching the movie.

I read somewhere that the sequel of Dune (part two) will arrive only if this first film will make tot. views on HBO channel (and also box office earnings). Really sad to know about that, I hope we’ll have a second part of Dune, the “LOTR” made by Denis Villeneuve. Good luck. I hope you enjoyed my Dune review. 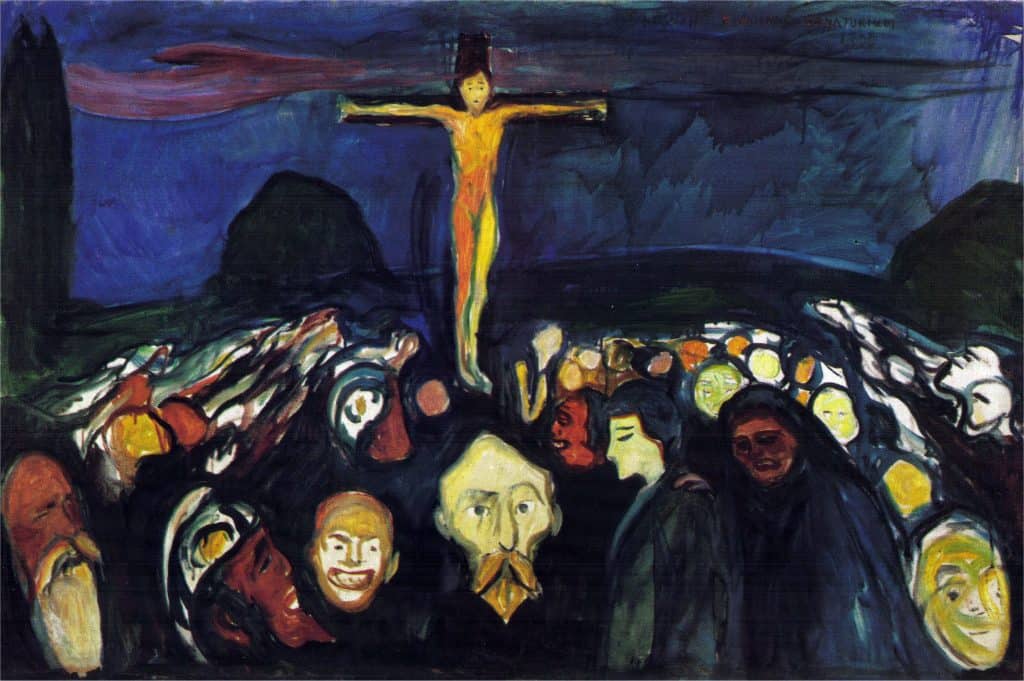 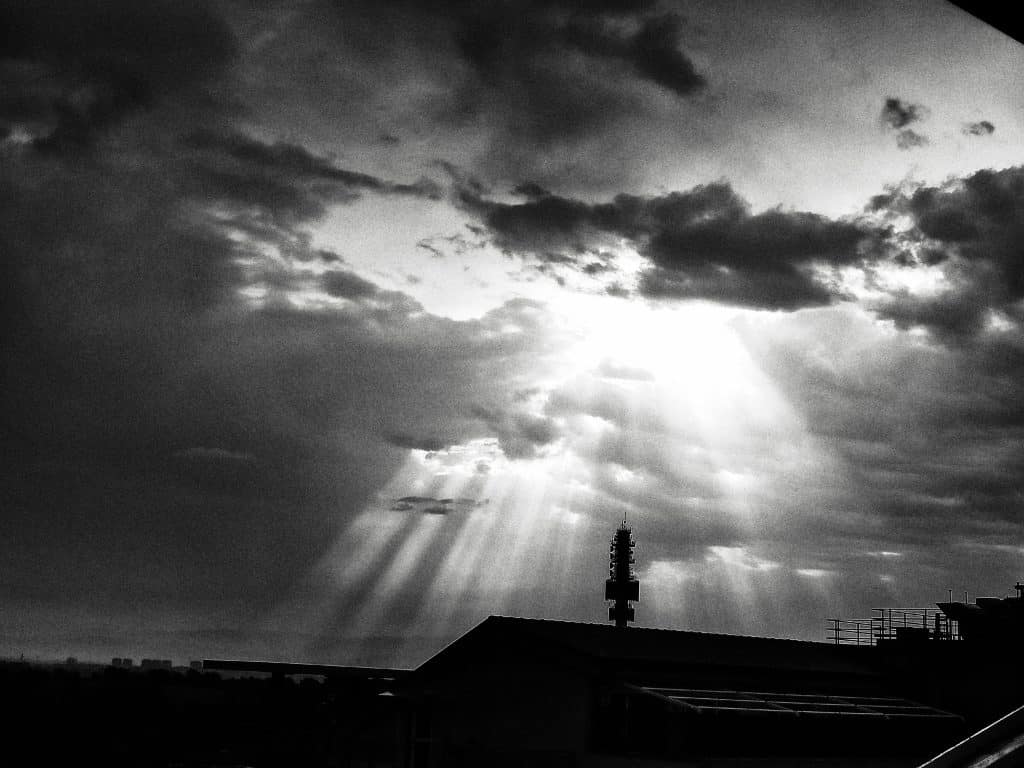